TMNT SHADOWS OF THE PAST APRIL ONEIL HERO PACK 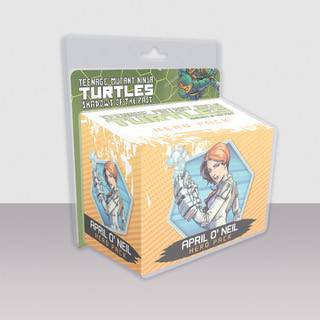 #
AUG160440
The first Adventure Pack for Teenage Mutant Ninja Turtles: Shadows of the Past is here! This Adventure Pack allows you to use April O'Neil as a playable character in any base game scenario and also contains an additional Adventure Comic with new content!

Teenage Mutant Ninja Turtles: Shadows of the Past is a miniatures combat, scenario-driven campaign game that features story content from the IDW TMNT comic. Taking the role of their favorite Turtle or the ultimate villain Shredder, players battle their way through a series of 60-90 minute missions in which they develop their characters' strengths, fighting styles, and equipment along the way to create a lasting story arc.