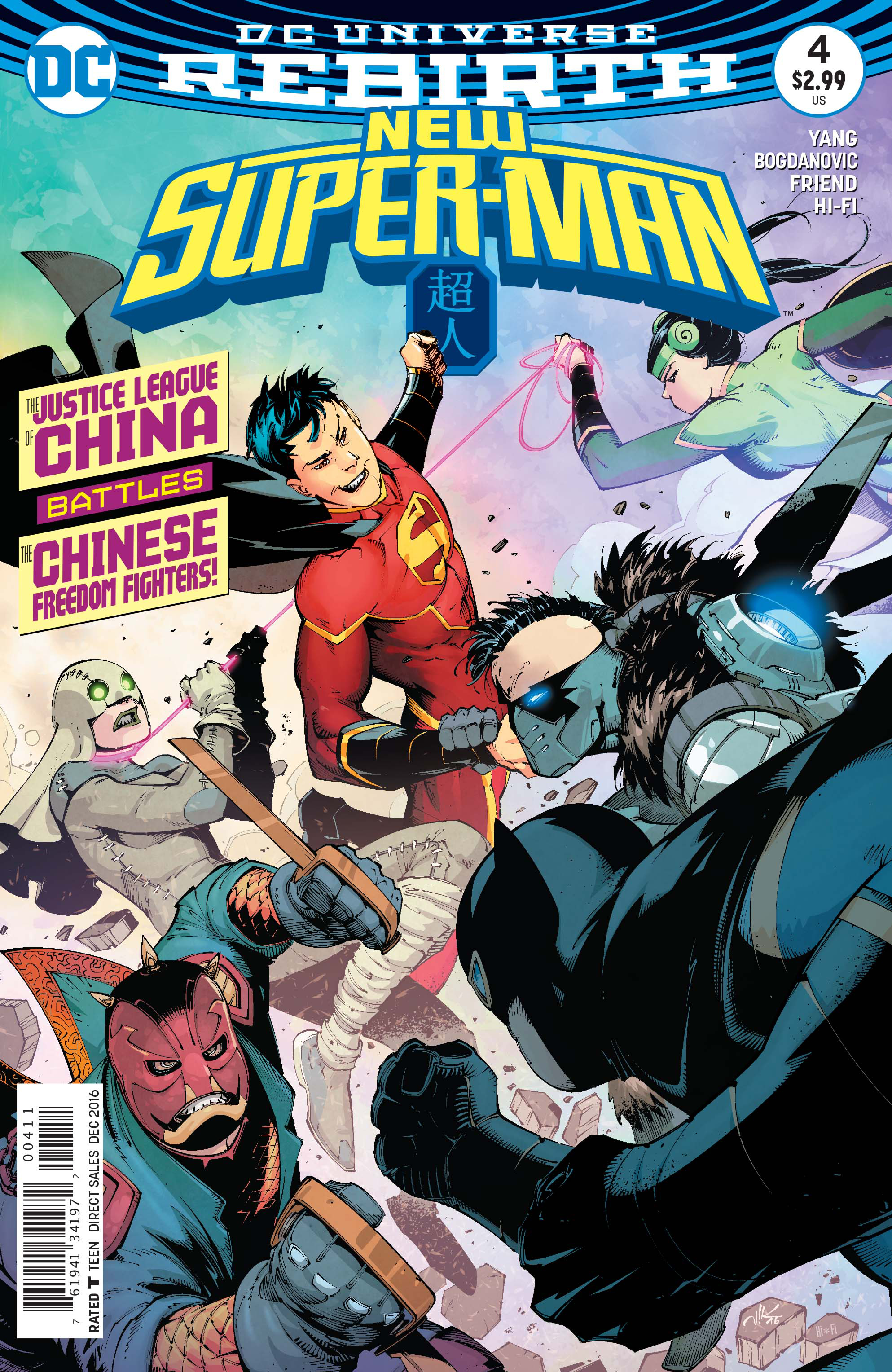 AUG160245
(W) Gene Luen Yang (A) Richard Friend (A/CA) Viktor Bogdanovic
"MADE IN CHINA" part four! It's the Justice League of China vs. the Chinese Freedom Fighters! As the New Super-Man tests his power against the Flying Dragon General's team, a shocking new revelation will stop our young hero dead in his tracks. And trust us, you won't believe what Kenan Kong discovers! All this, plus the Chinese Freedom Fighters' ultimate weapon arrives, and it'll be the STAR of the show...
In Shops: Oct 12, 2016
SRP: $2.99
View All Items In This Series