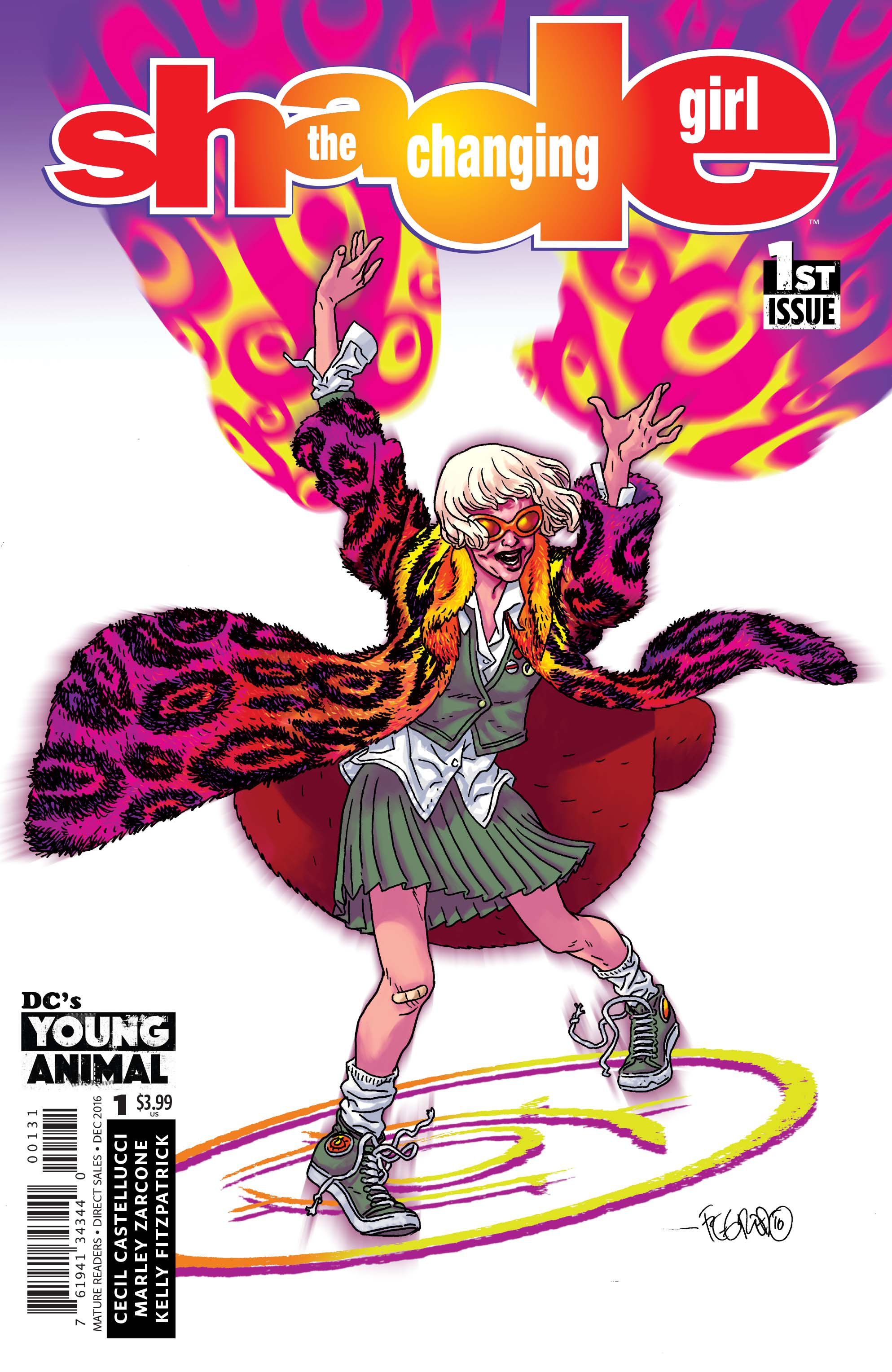 AUG160174
(W) Cecil Castellucci (A) Marley Zarcone (CA) Duncan Fegredo
There's no such thing as a little bit of madness.
Far away on the planet Meta, Loma's going nowhere fast. She's dropped out of school, dumped her boyfriend, and is bored out of her mind.  She longs to feel things. That's where her idol, the lunatic poet Rac Shade, and his infamous madness coat come it. Loma steals the garment and makes a break across galaxies to take up residence in a new body: Earth girl Megan Boyer. Surely everything will be better on this passionate primitive planet with a dash of madness on her side and this human girl's easy life. Only now that she's here, Loma discovers being a teenaged Earth girl comes with its own challenges and Earth may not be everything she thought it'd be. Megan Boyer was a bully whom everyone was glad was almost dead, and now Loma has to survive High School and navigate the consequences of the life she didn't live with the ever-growing and uncontrollable madness at her side. Not to mention that there are people back on her homeworld who might just want Shade's coat back.
Written by Cecil Castellucci (THE PLAIN JANES, Moving Target: A Princess Leia Adventure), drawn by Marley Zarcone (EFFIGY) and overseen by Gerard Way, SHADE, THE CHANGING GIRL starts a whole new chapter in the story of one of comics' most unique series.
In Shops: Oct 05, 2016
SRP: $3.99
View All Items In This Series