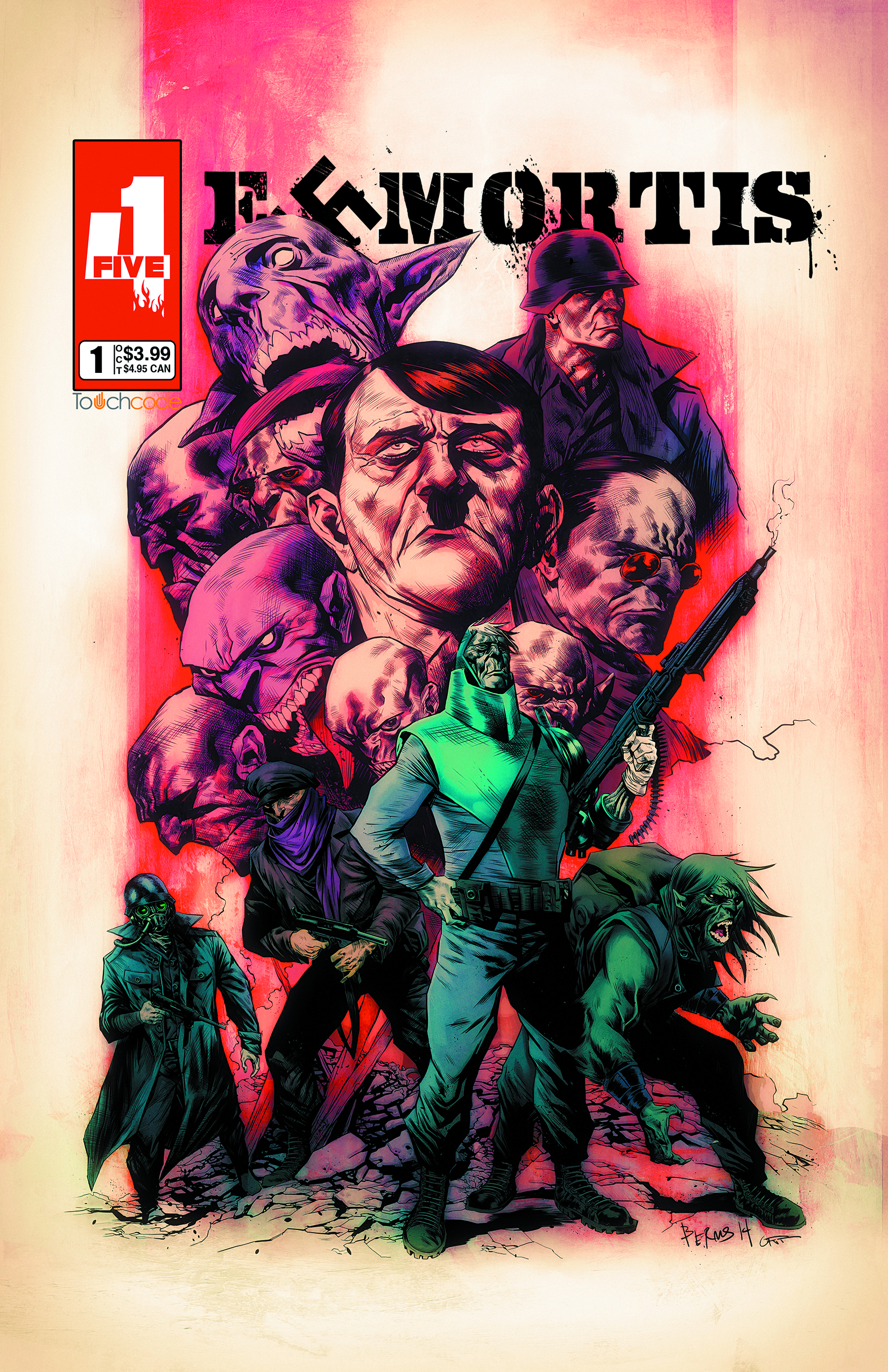 AUG151507
(W) Andi Ewington, Williams Brothers (A/CA) Raymund Bermudez
When the Nazis unearth the long lost diary of the infamous Dr. Victor Frankenstein they carry on his work reanimating the corpses of fallen soldiers and building an army of undead infantry to fend off the Allied liberation of Europe. To fight fire with fire, the Allies recruit a guerilla force of supernatural proportions, corralling a team of experts that included Jack Glendon aka Wolfman, Junior aka Frankenstein, Vlad aka Dracula, Erik Leroux aka the Phantom, and Hans Volger aka the Gillman. The Deadly Dozen become our nation's only hope and salvation against the Third Reich in an epic battle of gore and glory to stop the Red Menace and save the world from the most terrifying monster of them all - Man.
In Shops: Nov 04, 2015
SRP: $3.99
View All Items In This Series
ORDER WISH LIST