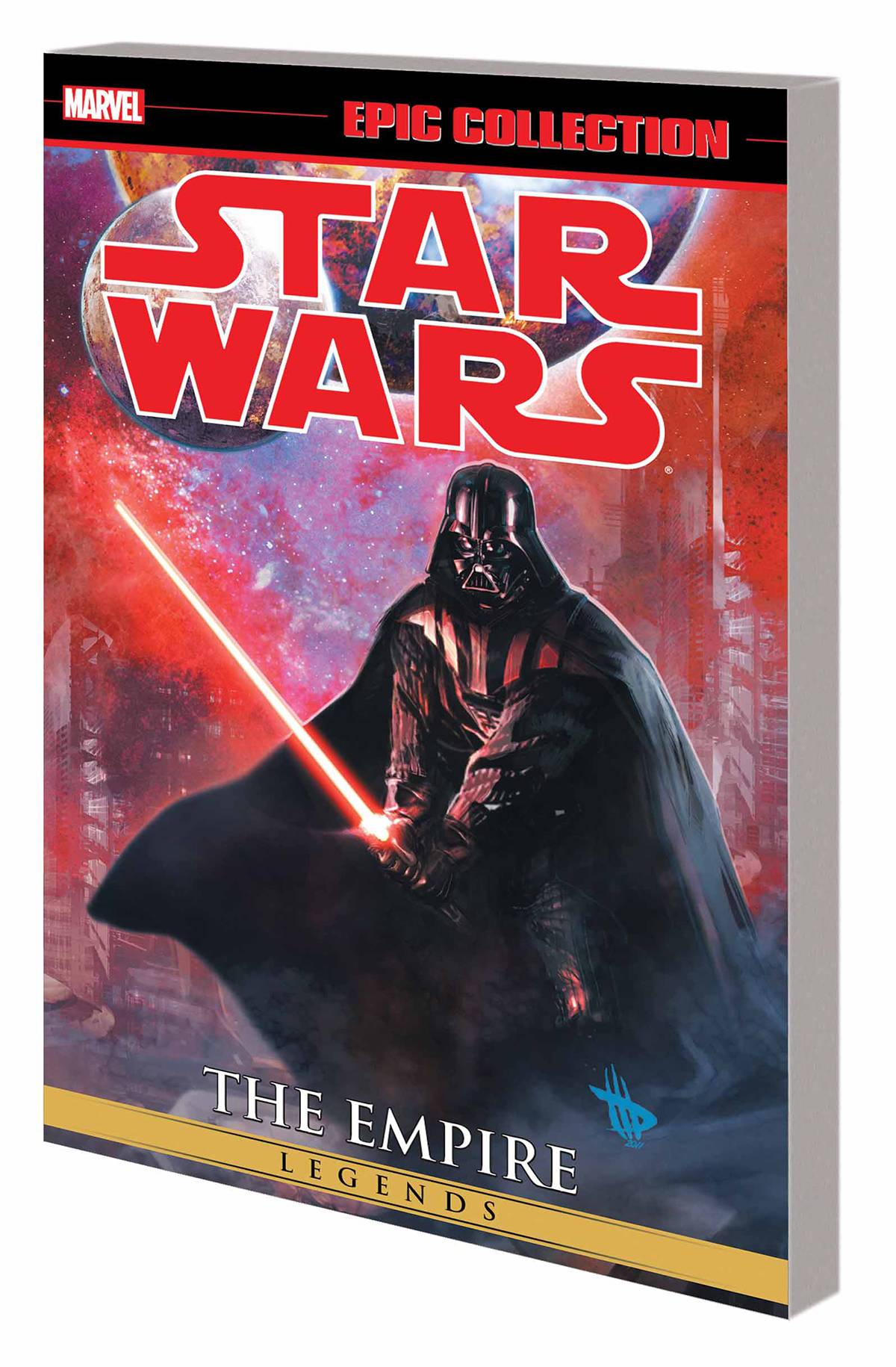 #
AUG150914
(W) Randy Stradley (A) Dave Ross, Doug Wheatley (CA) Dave Wilkins
The dark times continue! As the Empire strengthens its grip in the wake of Star Wars Episode III Revenge of the Sith, the remaining Jedi are marked for death! Jedi Master K'kruhk faces a battle for his life - one with deadly parallels for Bomo Greenbark and the crew of the smuggler vessel Uhumele. Meanwhile, Master Dass Jennir is down to his last credit and faces a stark choice: compromise his ideals or starve. Being a Jedi may make him an outlaw, but does being an outlaw mean he's no longer a Jedi? Darth Vader doesn't care: He's on Dass's trail either way - and so is the dread assassin Falco Sang! Collecting STAR WARS: DARK TIMES #6-17, STAR WARS: DARK TIMES - BLUE HARVEST #0 and STAR WARS: DARK TIMES - OUT OF THE WILDERNESS #1-5.
Rated T
In Shops: Oct 21, 2015
SRP: $39.99
View All Items In This Series
ORDER SUBSCRIBE WISH LIST