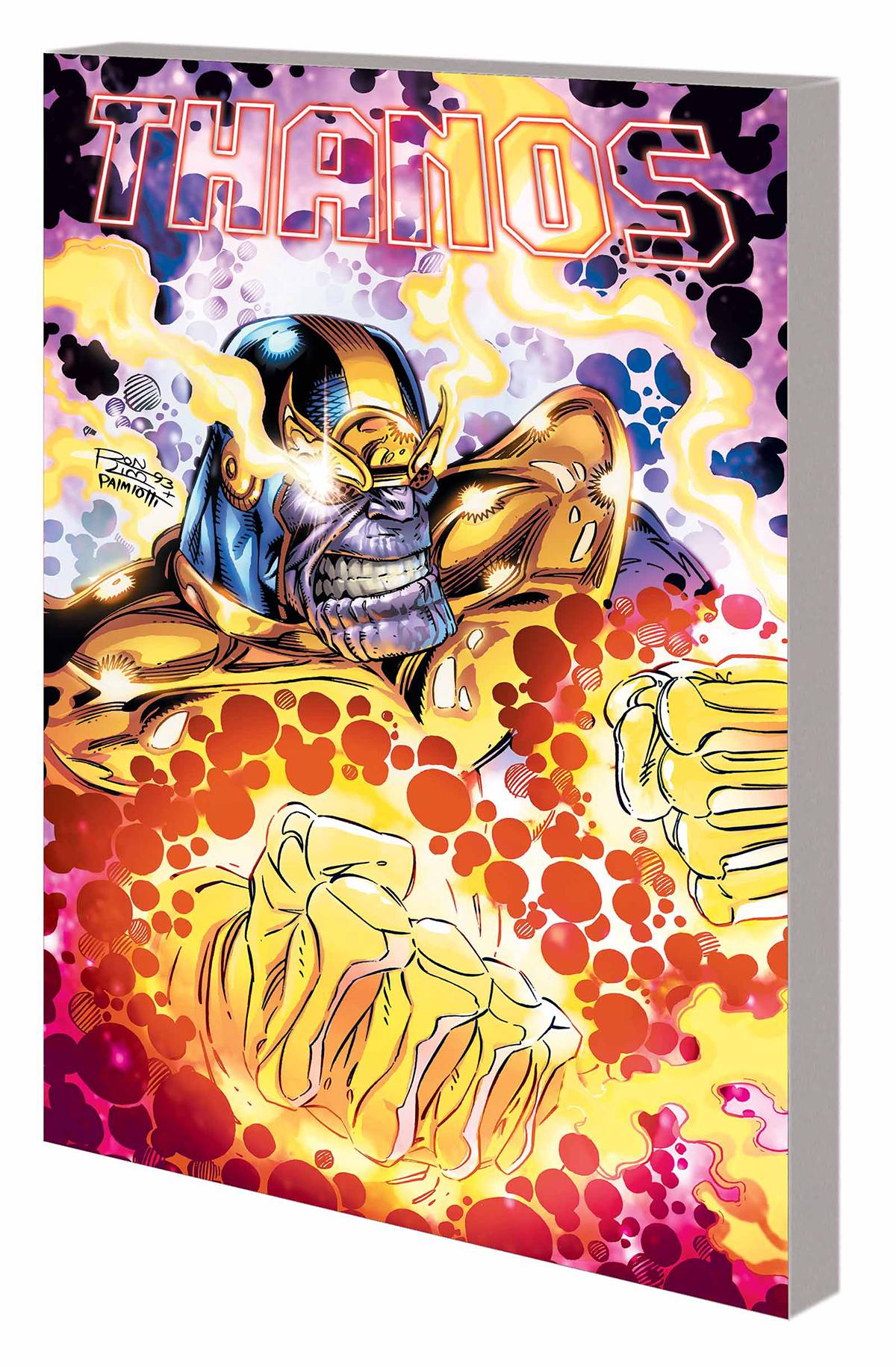 #
AUG150911
(W) Ron Marz (A) Various (CA) Ron Lim
The ever-scheming Thanos forges unlikely alliances! But what secret mission could lead Rhino, Super-Skrull, Titanium Man and more to join Thanos's new team of would-be Defenders? That's exactly what the Silver Surfer and Captain Mar-Vell's son, Legacy, need to find out! To face the Galactus-level threat of the terrible Tyrant, who will join Thanos's cause? Legacy? Terrax the Tamer? Jack of Hearts? What about Ganymede, last of the Spinsterhood and sworn enemy of Tyrant? Where do the loyalties of Morg, Herald of Galactus lie? And most important: Does Thanos carry a world-shaking secret agenda? The battle begins as the cosmic firmament holds its breath. But in a war between two evils, either outcome may result in death! Collecting SECRET DEFENDERS #12-14 and COSMIC POWERS #1-6.
Rated T
In Shops: Nov 11, 2015
SRP: $34.99
ORDER WISH LIST