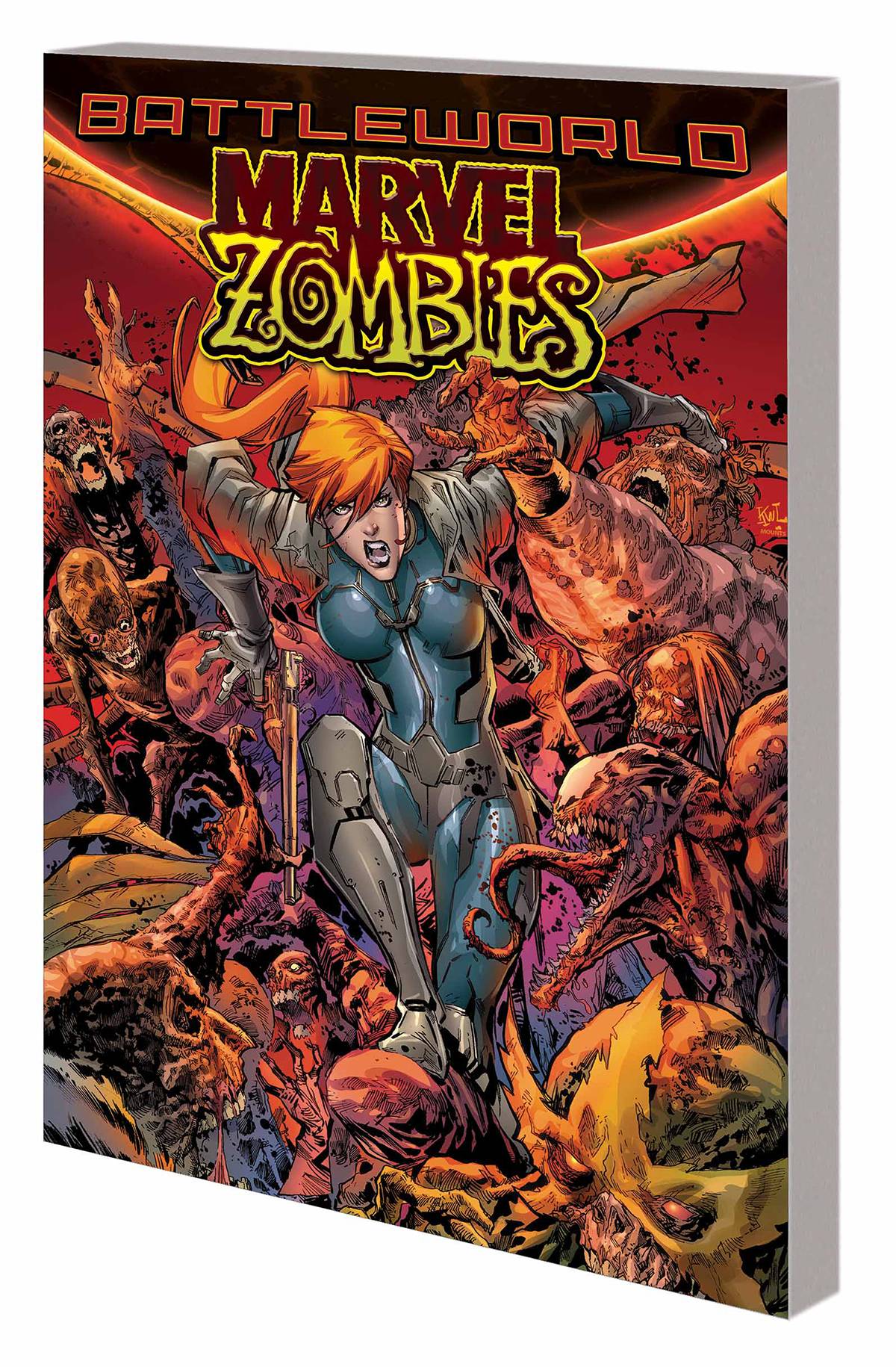 #
AUG150881
(W) Simon Spurrier, Robert Kirkman (A) Sean Phillips, Kev Walker (CA) Ken Lashley
Elsa Bloodstone is stationed on the Wall, tasked with keeping Battleworld's zombie hordes contained. Elsa thinks often of her deceased father, Ulysses Bloodstone - how all his lessons gave her the skills to fight, but the love he didn't give is indirectly what landed her on the Wall to begin with. When Elsa spots a human child caught in the zombieverse, she decides to rescue the girl - and now, stranded in the Deadlands with this mysterious child and stalked by a merciless hunter, Elsa must traverse the zombie-ridden landscape and escape. But haunted by ghosts from her past - including visions of her stern father - Elsa realizes it may not be the zombies she fears. And she's about to learn that the child is not what she claims to be. Collecting MARVEL ZOMBIES (2015) #1-4 and MARVEL ZOMBIES (2006) #1.
Rated T+
In Shops: Nov 18, 2015
SRP: $15.99