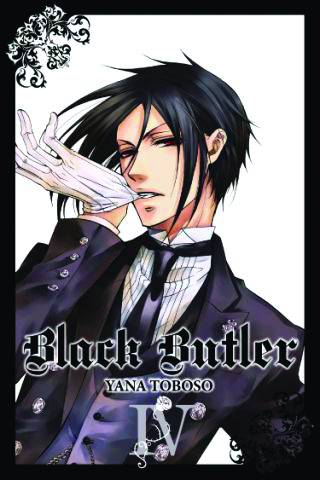 #
AUG148363
London - the capital of the Great Empire - is once again under siege, as a string of bizarre attacks on British citizens returned from India sends rumours flying and casts a pall upon Queen Victoria's rule. Sent in by Her Majesty, young Earl Phantomhive and his most capable butler, Sebastian, follow a trail that collides head-on with an Indian youth who claims to be a prince. And this prince possesses an extraordinary butler of his own! As an intense rivalry between the two butlers begins to form, will the kitchen be the dueling duo's final battleground?!
In Shops: Oct 29, 2014
SRP: $13.00
View All Items In This Series
ORDER SUBSCRIBE WISH LIST