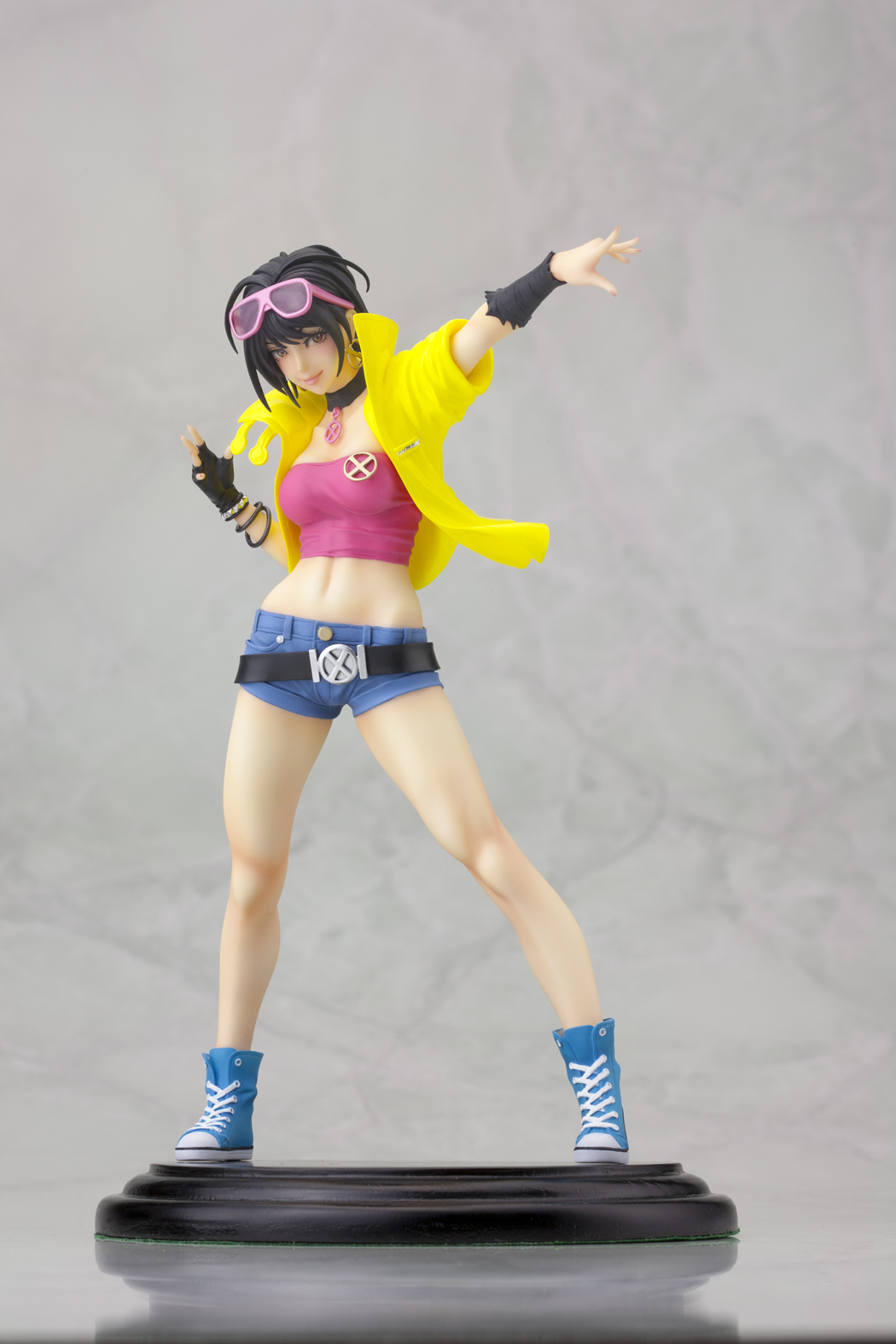 AUG142464
A KOTOBUKIYA Japanese import!  The Marvel Bishoujo collection, bringing you new interpretations of familiar superheroes and villains, continues with the perpetually youthful mutant and sidekick to Wolverine, JUBILEE!  First appearing in the pages of X-Men in 1989, Jubilation Lee was an orphan and runaway living in a mall when she ran into fellow mutant shoppers Dazzler, Psylocke, Rogue, and Storm.  Following them to their base, the teen eventually signed on with the X-Men officially, becoming the youngest member and using her unique pyrotechnic powers to help save the day for decades until she became depowered (and subsequently a vampire).  Jubilee's most iconic look is now captured in a fantastic Bishoujo statue based on a new illustration by master artist Shunya Yamashita!

An awesome product of the late '80s, Jubilee was a spunky young girl with a loud sense of style, and all of that resonated with the fans and will again with this hot new statue.  Jubilee stands a rocking pose, legs apart for balance and leaning slightly as she raises an arm into the air in preparation for unleashing a fiery display of plasmoids!  The young mutant wears a hot update on her classic costume complete with blue high tops, jean short shorts with X logo belt, pink tube top, bright yellow jacket, and shredded black gloves.  Jubilee accessorizes that ensemble with an X pin on her chest, choker, and pink sunglasses perched on her head.  All of those details, as well as the heroine's beautiful Bishoujo-styled face, are intricately sculpted and painted and look great on her!

Sculpted by Gotaro Takeuchi (Atelier Bamboo). She unleashes her mutant powers from the safety of your shelf.  Add this rad young heroine to your Marvel Bishoujo Statue collection from Kotobukiya!
In Shops: Feb 18, 2015
SRP: $69.99