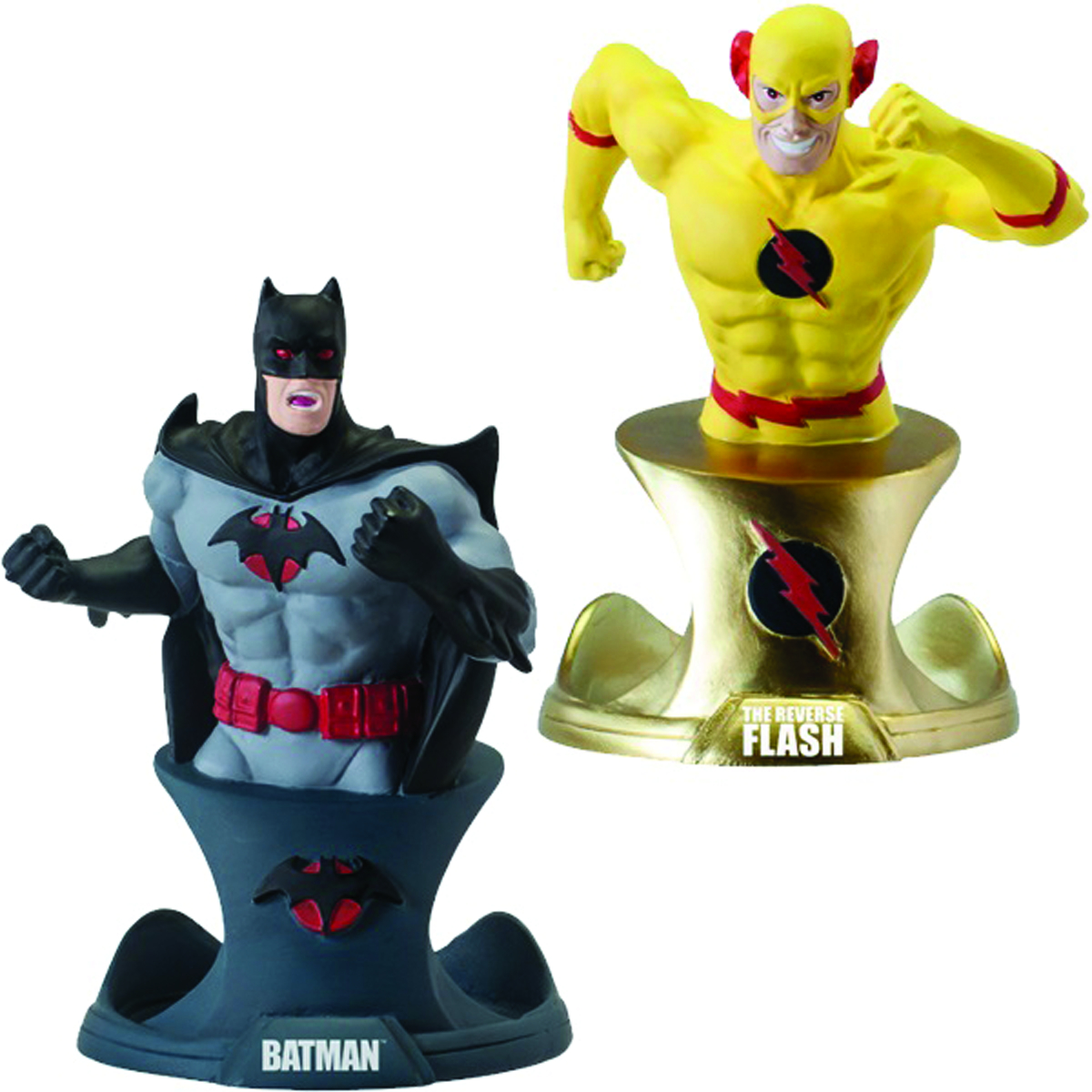 AUG142440
In the far future, Professor Eobard Thawne traced the origin of super-speed to The Flash. Obsessed with the Scarlet Speedster, Thawne traveled back in time only to discover he was destined to become The Flash's greatest enemy, The Reverse Flash. In a world where everything is different, Batman is Thomas Wayne, driven by the murder of his son Bruce to punish Gotham City's criminals. Thomas is an older and more brutal Batman, often resorting to lethal force in his one-man war on crime. Each bust stands roughly 5 1/4" tall.
In Shops: Sep 24, 2014
SRP: PI