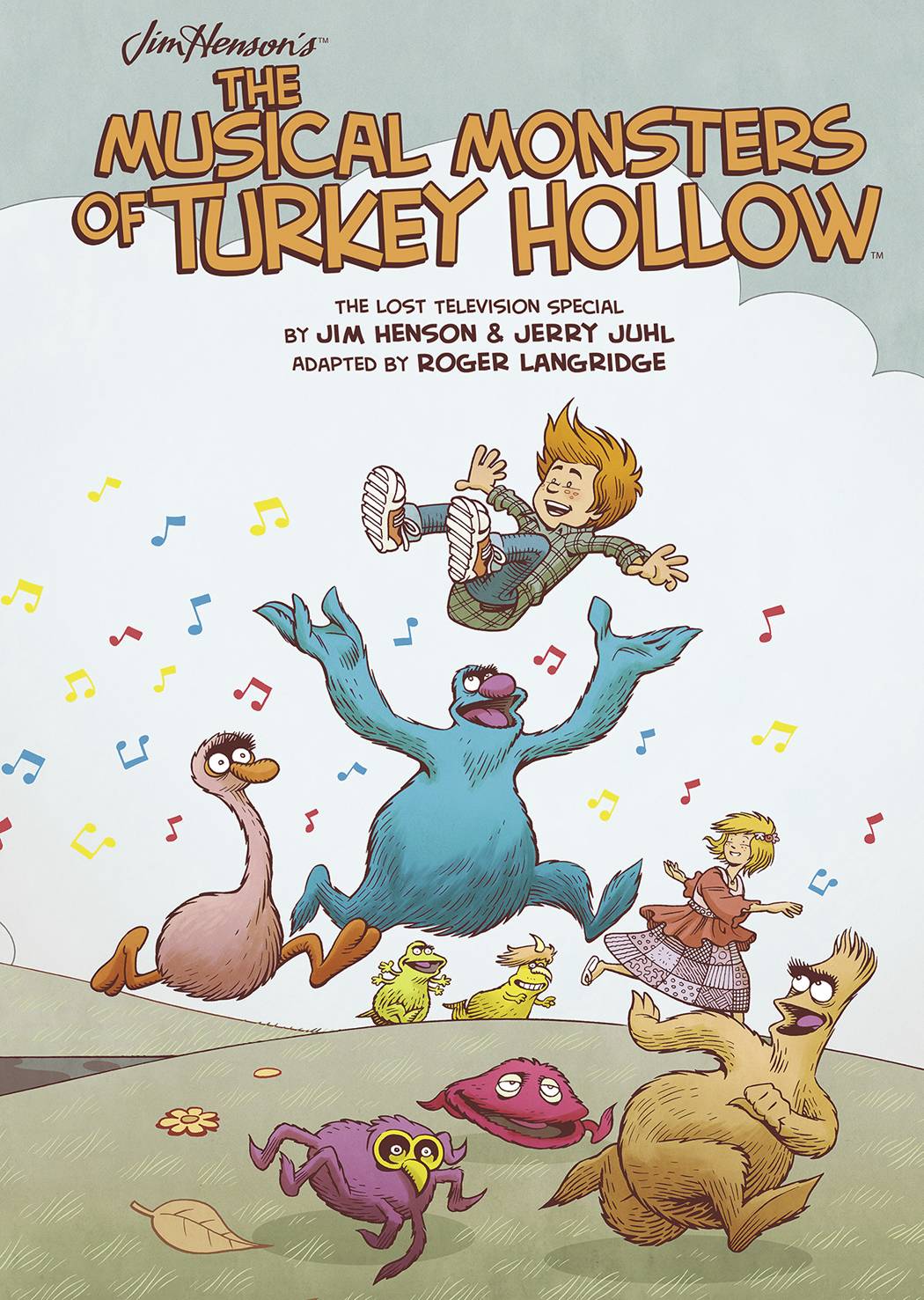 #
AUG141177
(W) Roger Langridge, Jim Henson (A/CA) Roger Langridge
WHY WE LOVE IT: After the success of Archaia's Eisner Award-winning graphic novel Jim Henson's Tale of Sand, we are proud to partner once again with The Jim Henson Company to bring to life another previously unknown piece of the Jim Henson Legacy. The only thing more exciting than finding the script for the project was securing the talents of the amazing Roger Langridge (writer and illustrator of the Eisner Award-winning The Muppet Show Comic Book and SNARKED) to adapt and illustrate the project!
WHY YOU'LL LOVE IT: Eisner and Harvey Award winner Roger Langridge is the mastermind behind SNARKED and the beloved run of The Muppet Show comics, and now he gets to bring to life hilarious, never-before-seen puppet creations by Jim Henson in an oversized all-ages adventure.
WHAT IT'S ABOUT: Turkey Hollow is a picturesque town where hundreds of years ago, unbeknownst to the citizens, a meteorite landed near a small brook on the outskirts of town. One Thanksgiving, while young Timmy Henderson practices his guitar, he's accompanied by strange, unearthly, musical sounds. That meteorite wasn't a rock at all but an egg holding seven furry, goofy monsters, each with a unique musical sound! After the initial shock, Timmy befriends the lovable creatures, who follow him all around Turkey Hollow. Not everyone takes a liking to the visitors, though, and it's up to Timmy to protect his new friends and save Thanksgiving!
In Shops: Oct 01, 2014
SRP: $24.99
ORDER WISH LIST