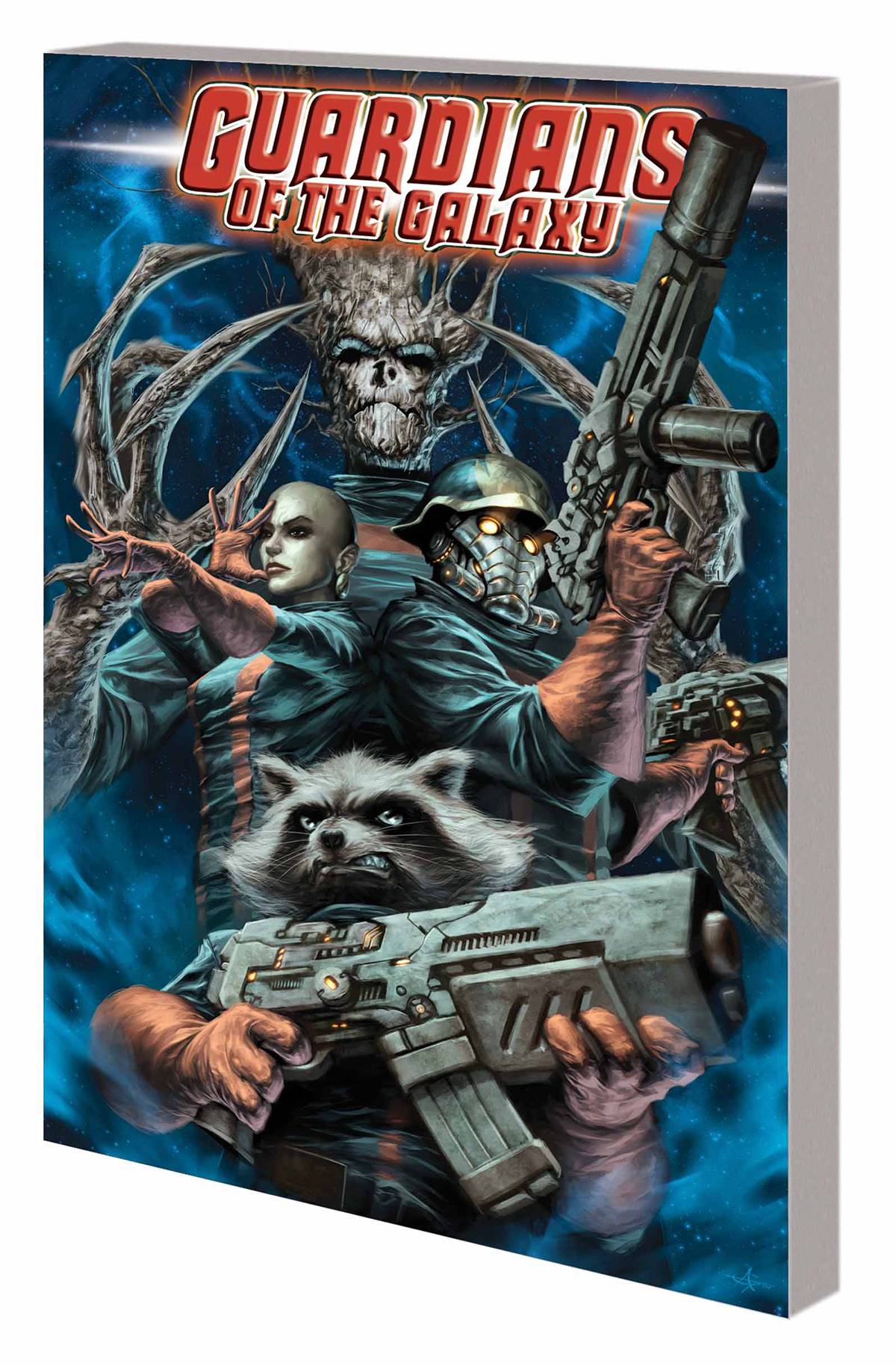 #
AUG140918
(W) Dan Abnett, Andy Lanning (A) Brad Walker, Wesley Craig (CA) Alex Garner
Can the Guardians of the Galaxy stop the War of Kings? When Black Bolt and Vulcan square off, and the Inhumans and Shi'ar ravage entire planets, the Guardians are stuck in the middle! As new discoveries are made and old friends are betrayed, the new Guardians must stand shoulder-to-shoulder with cosmic legends to survive! But when the Fault, a massive rift in reality, releases a viral xenoform that threatens to destroy the cosmos, the bruised and battered Guardians must return the creature to its own dimension before the unthinkable happens. Unfortunately, the Universal Church of Truth believes the creature is its savior and will stop at nothing to free the beast! But who is pulling the zealots' strings? Can the Guardians uncover the true threat and restore peace to a war-ravaged universe? Collecting GUARDIANS OF THE GALAXY (2008) #13-25.
Rated T+
In Shops: Nov 19, 2014
SRP: $34.99
View All Items In This Series
ORDER WISH LIST