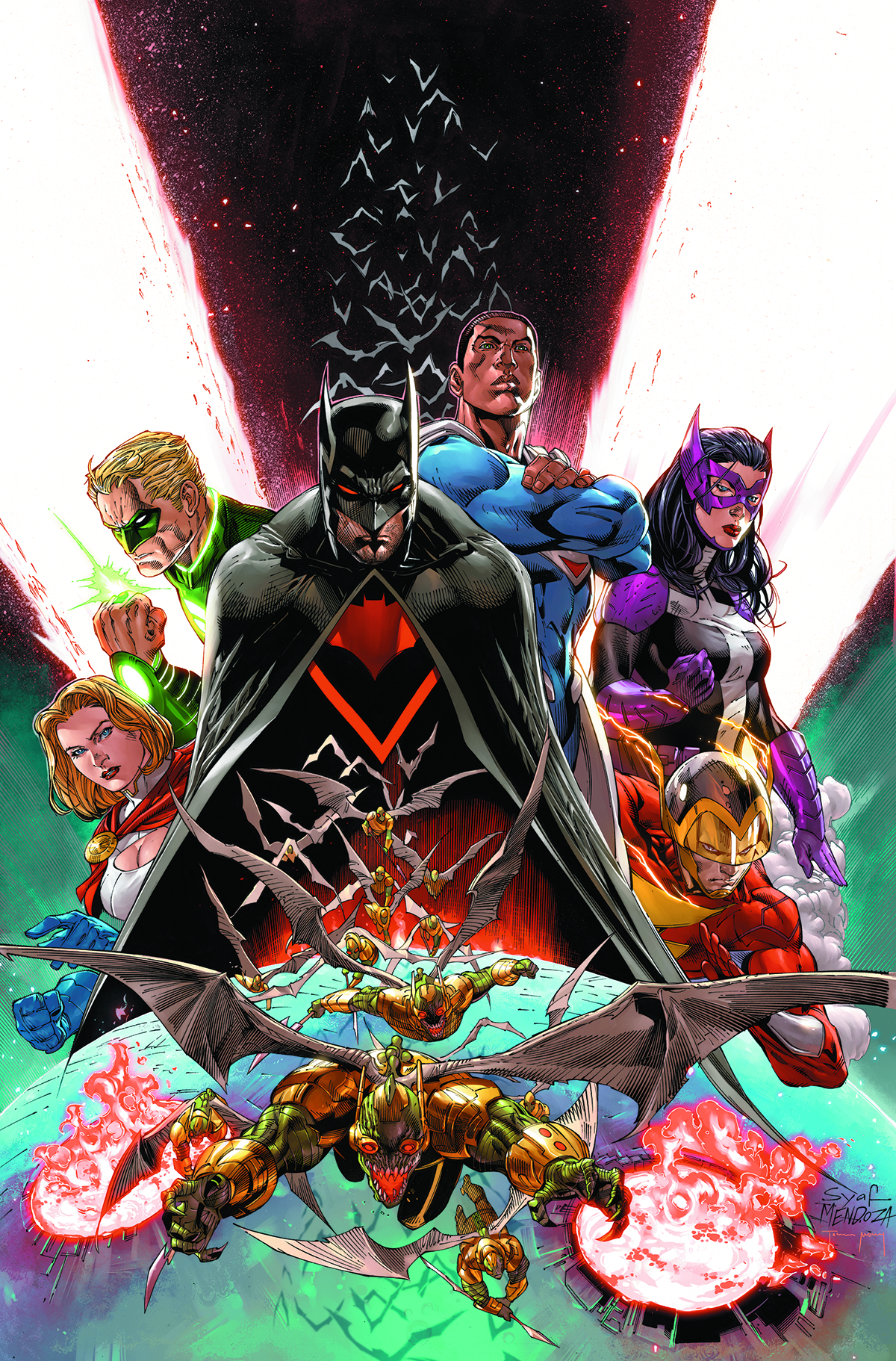 AUG140187
(W) Daniel H. Wilson, Marguerite Bennett, Mike Johnson (A) Jorge Jimenez, Eddy Barrows, Paulo Siqueira, Sandra Hope, Danny Miki, Eber Ferreira, Cam Smith, Scott McDaniel (CA) Jaime Mendoza (A/CA) Ardian Syaf
Daniel H. Wilson, New York Times best-selling author of Robopocalypse and Robogenesis, delves into the world of EARTH 2 for the start of a new weekly series that will see the origins of a world much like the New 52 Earth, but yet so different. A world that saw its greatest heroes die - and new ones take their places. A world where Superman became it' greatest villain, and a man named Zod seeks to save it, along with Batman, Green Lantern, The Flash and other heroes. A world they can only save from the forces of Apokolips through great personal sacrifice! Death and destruction will follow each week, and you'll never know who will live and who will die! It all begins with this extra-sized debut issue!
In Shops: Oct 08, 2014
SRP: $2.99
View All Items In This Series