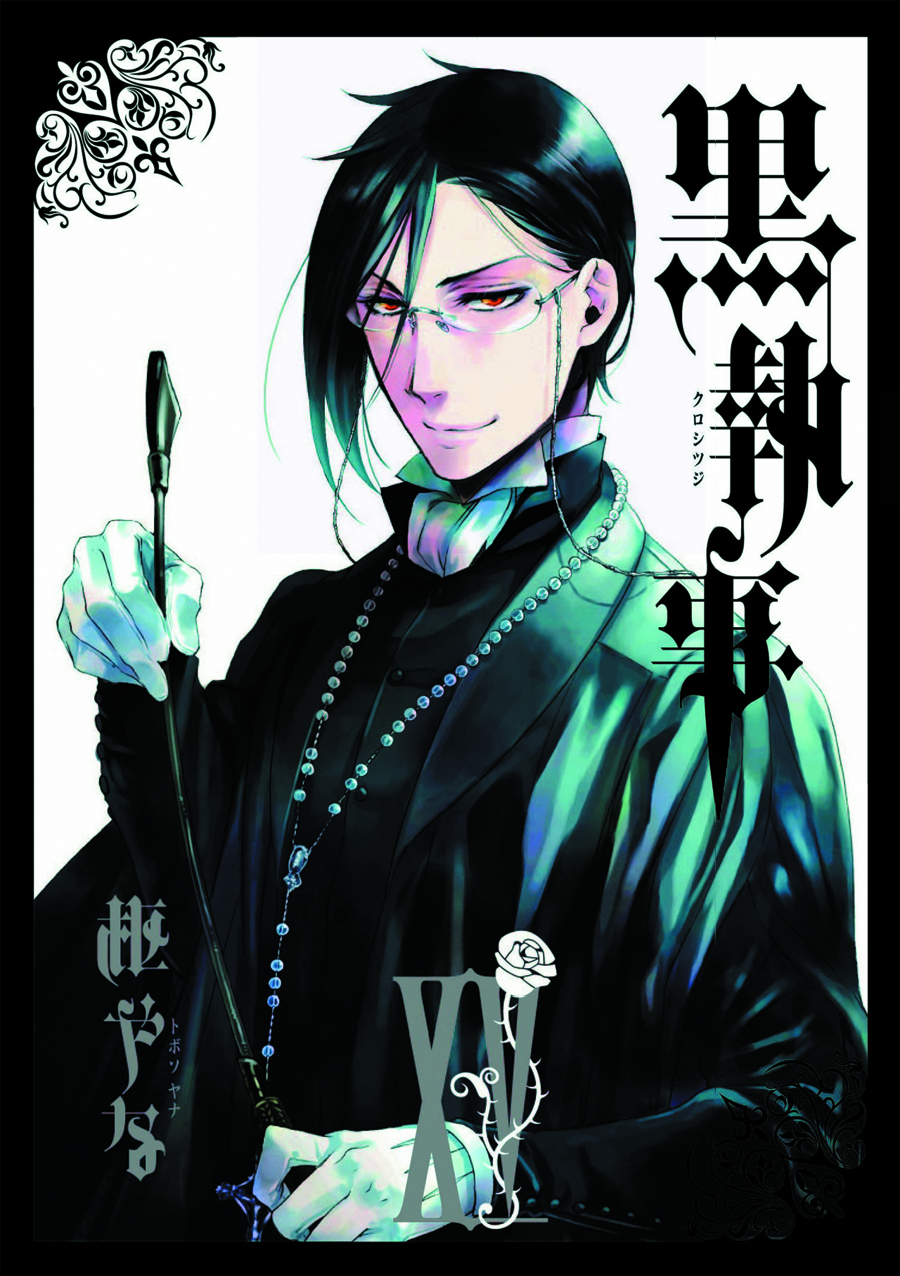 AUG131532
(W) Yana Toboso (A/CA) Yana Toboso
When several students refuse to return from an English boarding school that numbers elite bloodlines among its student body, Earl Ciel Phantomhive and his indomitable butler, Sebastian, infiltrate the lush grounds and stately halls of this distinguished house of learning at Her Majesty's behest. But this cannot be accomplished without some masterful artifice. The butler takes on the role of housemaster, his master that of student-parts to which both are more than just a little accustomed. As their dorm lives of deceit begin, they turn their eyes upon the conspicuous and colourful waistcoats of the four school prefects, from whose attention nothing at the school escapes.
In Shops: Oct 23, 2013
SRP: $11.99
View All Items In This Series
ORDER SUBSCRIBE WISH LIST