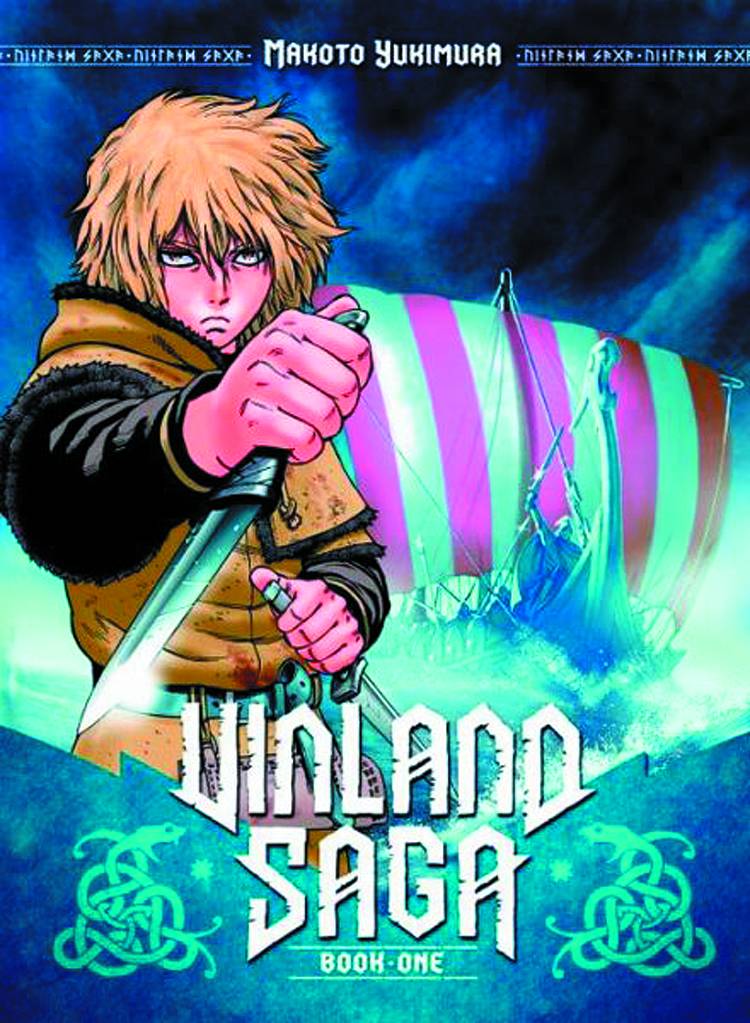 #
AUG131367
(W) Makoto Yukimura (A/CA) Makoto Yukimura
The epic action manga for fans of Game of Thrones, a story of war, royal intrigue, suspense, and revenge set against the backdrop of the Viking invasions of England. At the turn of the 11th century, the Norse Sea is in the grip of Viking terror. The clever Askeladd leads his small band of mercenaries into London with the aid of the ruthless young Thorfinn, son of a warrior in the dreaded Jomsvikings. But this is an alliance of convenience: Thorfinn has sworn to kill Askeladd one day to avenge his father's death. When a race begins to capture the prince and secure the rights to the throne, personal grudges will clash with the fate of a kingdom in the balance, and blood will be spilled!
In Shops: Nov 13, 2013
SRP: $19.99
View All Items In This Series
ORDER WISH LIST