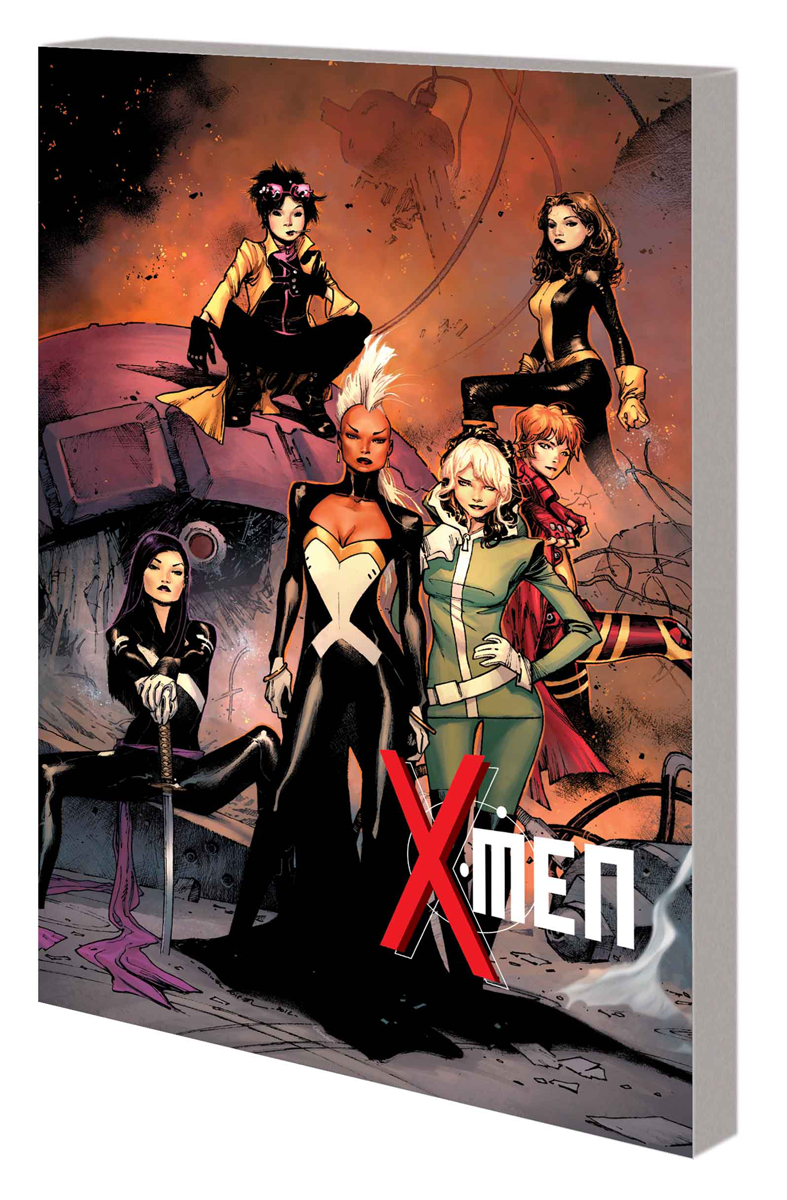 AUG130885
(W) Brian Wood (A) David Lopez (A/CA) Olivier Coipel
Because you demanded it! The X-Women get their own book, from critically acclaimed superstars Brian Wood (X-MEN, ULTIMATE X-MEN, DMZ, The Massive) and Olivier Coipel (AVX, HOUSE OF M, THOR)! An old enemy shows up at the X-Men's door, seeking asylum from an ancient evil. John Sublime is back, but he's not who we should be afraid of! Who or what is Arkea? Meanwhile, Jubilee returns home - with an orphaned baby who might hold the key to Earth's survival - or its destruction! Against a backdrop of what seems like an alien invasion and an eonsspanning war between brother and sister, Storm puts together a team to protect the child and stop a new threat that could destroy all life on the planet! Plus: Jubilee's classic first appearance! Collecting X-MEN (2013) #1-4 and UNCANNY X-MEN (1963) #244.
In Shops: Nov 20, 2013
SRP: $17.99
View All Items In This Series
ORDER WISH LIST