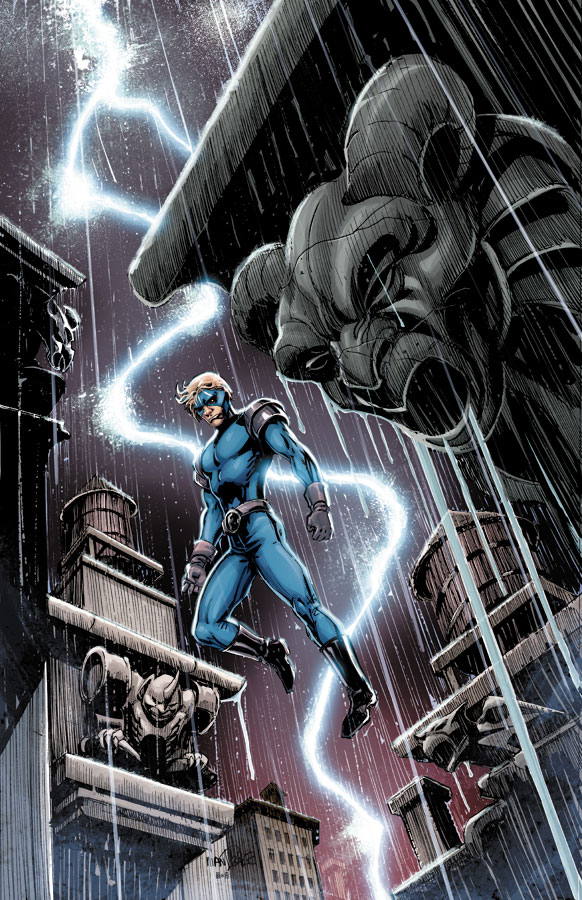 AUG130716
(W) J. Michael Straczynski (A/CA) Tom Mandrake
Flyboy finds himself increasingly under the seductive spell of one of the Moonglow Twins, who leaves no memory of her actions the next morning.  Driven by a subconscious memory of their dangerous affair, and by his abject failure to get anyone in his home town to take him seriously, Flyboy decides to leave behind his current heroic identity and reinvent himself as a totally different hero in another part of the country.  But everything that can go wrong, does go wrong, and he must face an even more humiliating defeat before the eyes of the world.
In Shops: Oct 09, 2013
SRP: $2.99
View All Items In This Series
ORDER WISH LIST