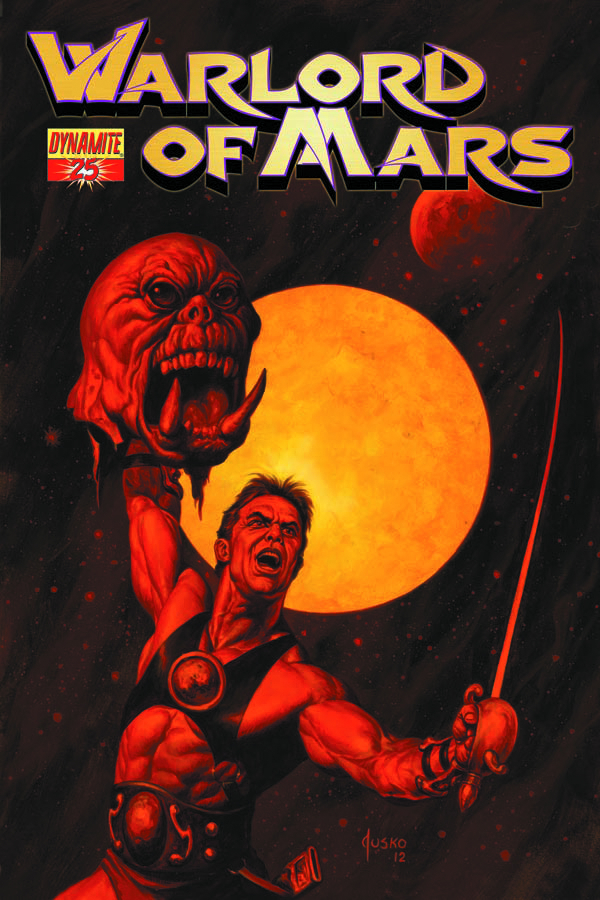 AUG121038
(W) Arvid Nelson (A) Everton Sousa (CA) Joe Jusko, Lucio Parrillo
It's Judgment Day on Mars. Everything John Carter has achieved has lead him to this final confrontation with the cruel tyrant of the Martian north. But he's going to be so busy commanding his army he's not going to be able to rescue Dejah Thoris this time - she's going to have to rescue herself! And even if Carter is victorious, he has upset the ancient religion of Mars and smashed the red planet's eons-old customs. What will be his reward? The epic battle to unite all of Mars awaits you in Warlord of Mars #25: The Final Reward!