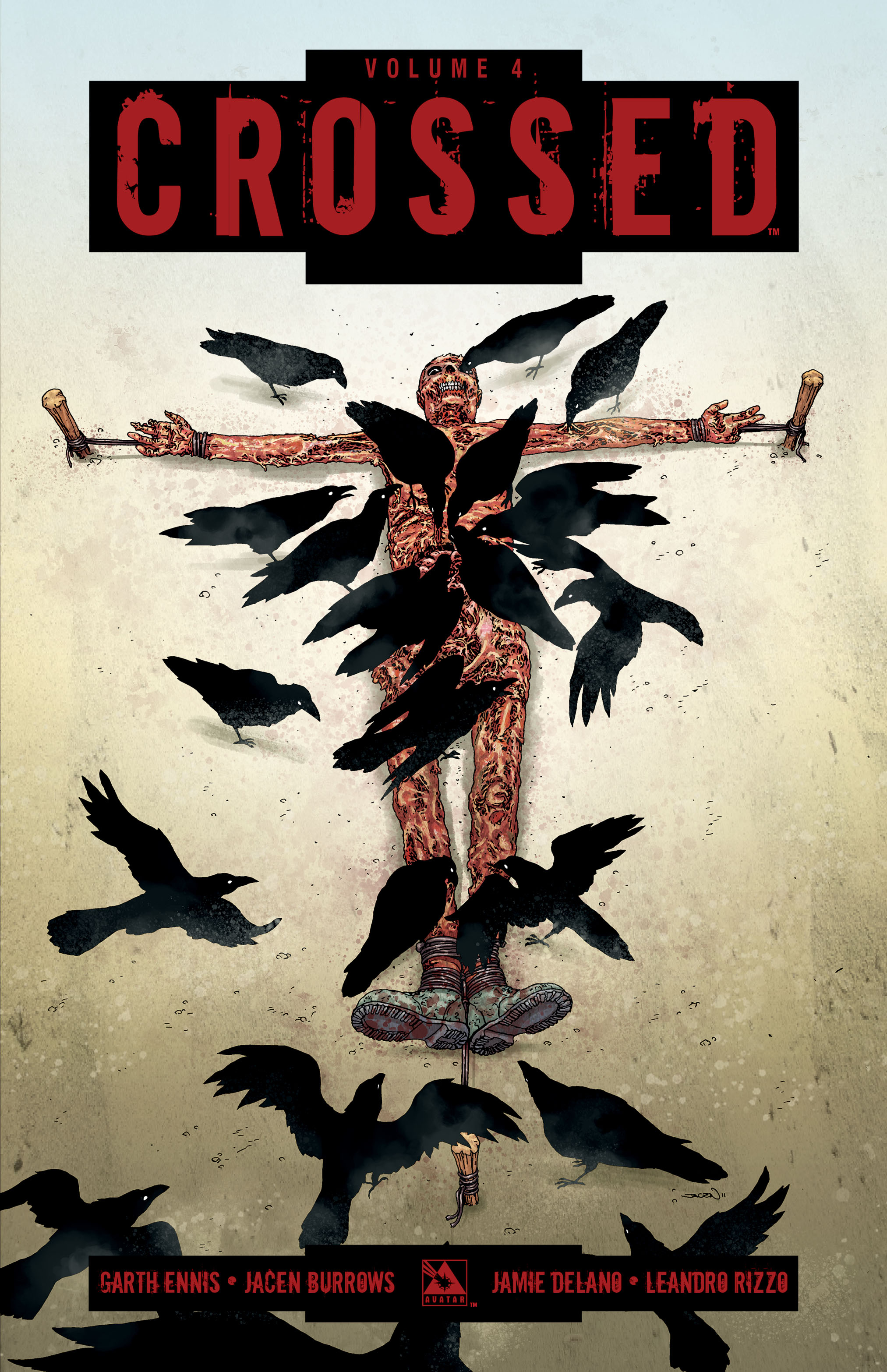 AUG120847
(W) Garth Ennis, Jamie Delano (A) Leandro Rizzo (A/CA) Jacen Burrows
The best-selling Crossed collections continue here with Vol 4, collecting Crossed: Badlands #1-9. Two tales of terror from the most vicious landscape in modern horror, written by groundbreaking graphic novelists Garth Ennis and Jamie Delano!  When the worldwide outbreak transforms most of humanity into murderous psychopaths, the uninfected survivors are driven by desperation to the very brink of sanity and morality.  In Scotland, a young man devastated by the traumatic death of his wife struggles to survive the roving bands of Crossed at his heels.  Meanwhile, three small groups of survivors in the marshy Florida Everglades - haunted by personal demons, driven by primal fears and all-too-human desires - find themselves on a collision course guaranteed to leave bloody, fiery destruction in their wake...  Available with a Trade Paperback, Hard Cover, and a special Signed Hard Cover Edition (limited to 1000 copies and signed by Garth Ennis and Jacen Burrows) all featuring covers by Jacen Burrows!
In Shops: Oct 10, 2012
SRP: $49.99
View All Items In This Series
ORDER WISH LIST