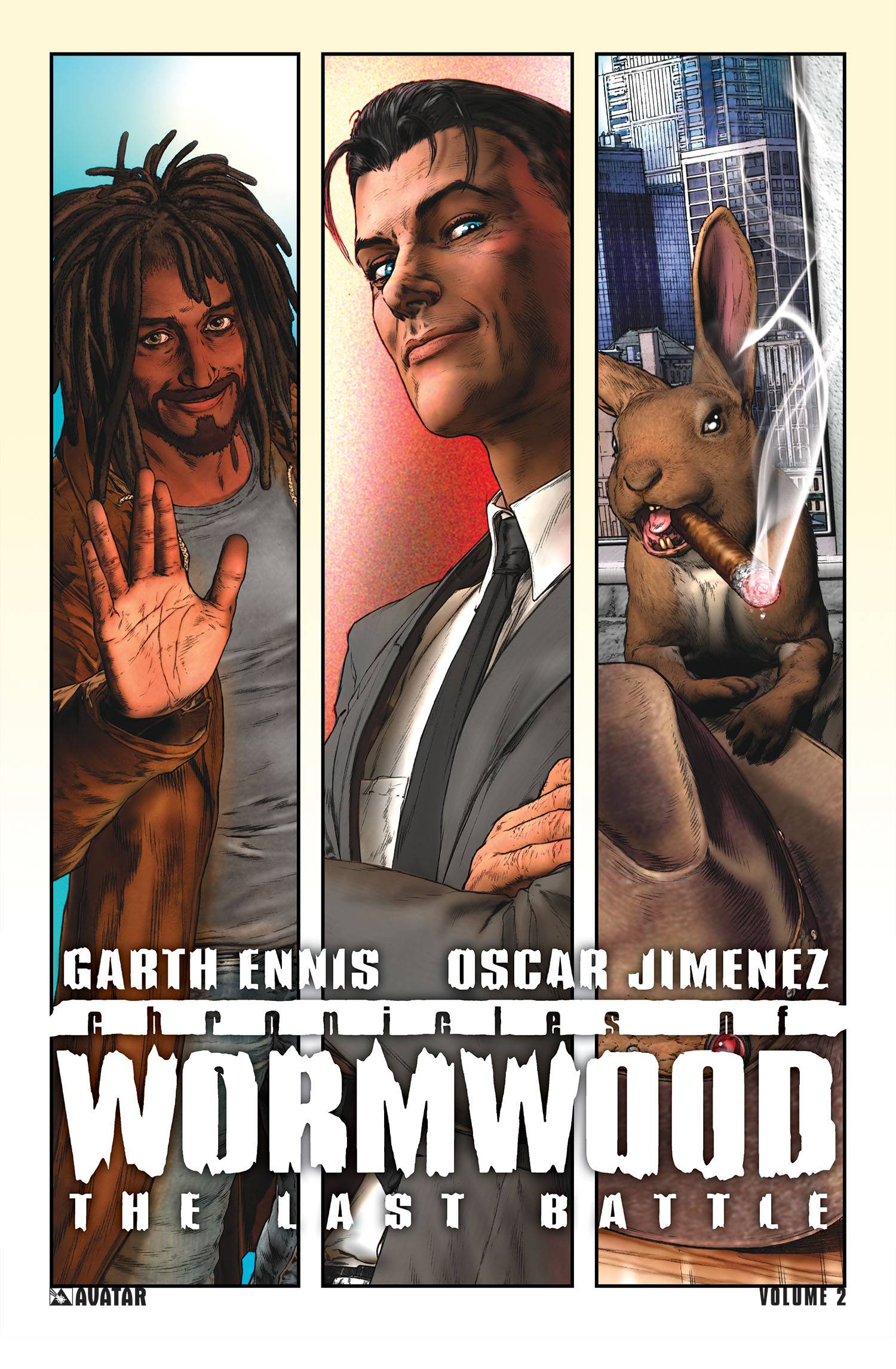 #
AUG110842
(W) Garth Ennis (A/CA) Oscar Jimenez
Writer Garth Ennis returns to the chronicles of Danny Wormwood, a shifty yet sympathetic television executive who also happens to be the Antichrist.  Having averted his devilish father's plans for an all-out apocalypse by eliminating God and the Devil, Danny has started to get his life back together - reuniting with his girlfriend Maggie and drinking beers with humbled messiah Jay and Jimmy the Talking Rabbit.  But having rid Hell of its rightful lord, he now must face an even worse successor - the fallen, corrupt Pope Jacko!  Ennis, the critically acclaimed creator of PREACHER and CROSSED, drags the whole world into the gutter with his trademark razor-sharp dialogue and biting wit, alongside the stunning artwork by collaborator Oscar Jimenez.  Available in softcover and hardcover formats, with illustrated covers by Oscar Jimenez.
In Shops: Nov 09, 2011
SRP: $27.99
ORDER WISH LIST