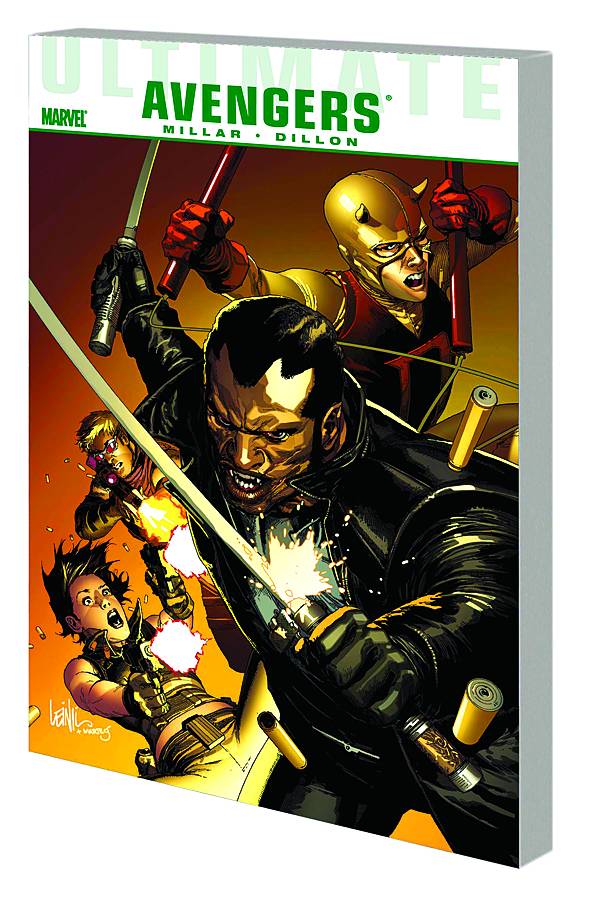 AUG110732
(W) Mark Millar (A) Steve Dillon (CA) Leinil Francis Yu
Written by MARK MILLAR
Penciled by STEVE DILLON
Cover by LEINIL FRANCIS YU
A black-ops task force, the Avengers do the jobs too dirty for the public-facing Ultimates. And it doesn't get any blacker or dirtier than an organized vampire takeover. The half-vampire known as Blade is used to taking out the undead one at a time, but the various clans have become bolder and more aggressive since coming under the command of a charismatic new leader: a mysterious vampire encased in a suit of salvaged Iron Man armor. With the vampires' new king transforming more and more heroes into super-powered bloodsuckers, Blade soon finds himself at odds with the Avengers. Can the hunter and hunted work together to stem the blood-red tide? Collecting ULTIMATE AVENGERS 3 #1-6.
152 PGS./Parental Advisory