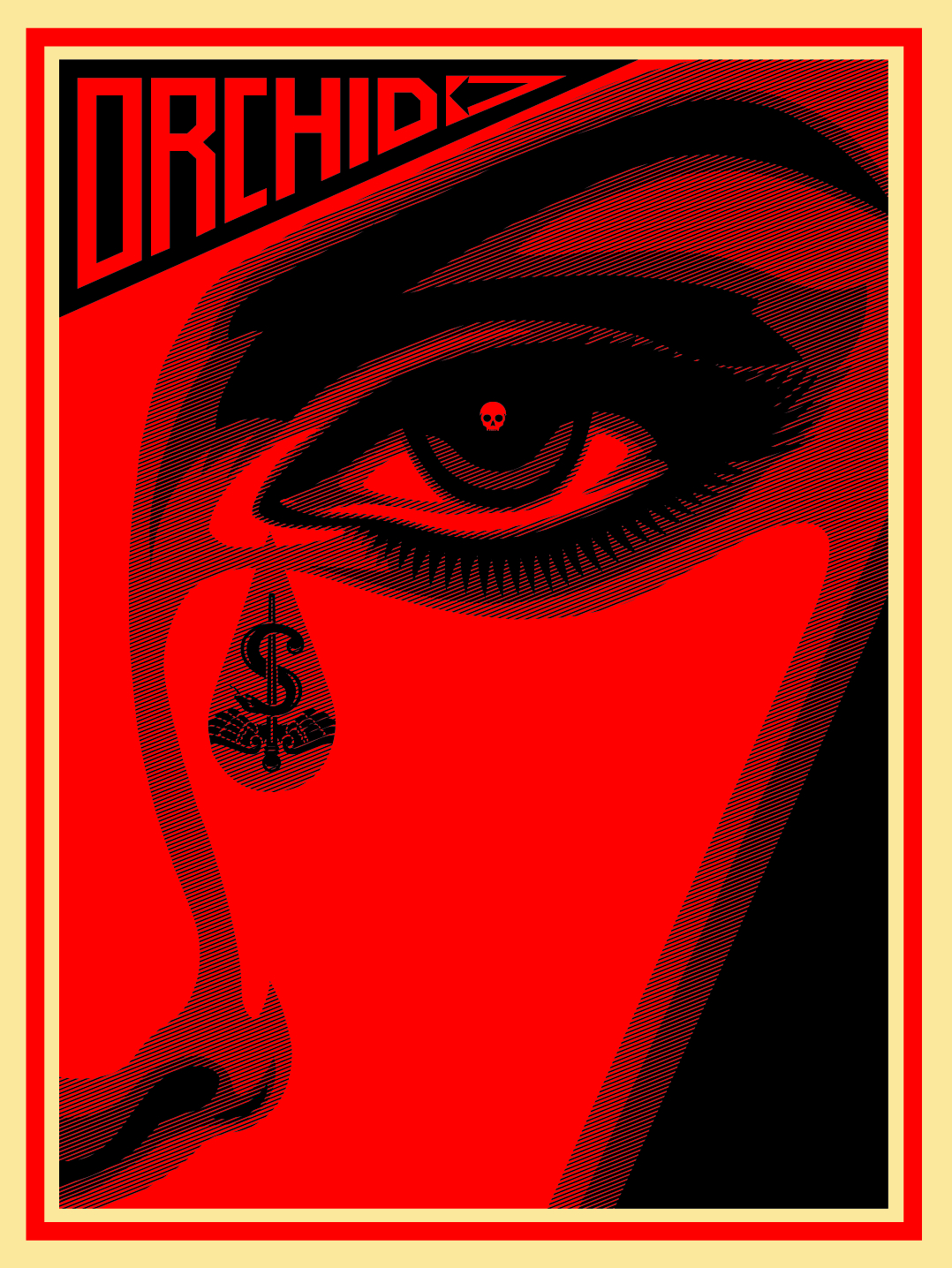 From the mind of musician Tom Morello (Rage Against the Machine, Audioslave, The Nightwatchman) with art by Scott Hepburn (Star Wars: Knights of the Old Republic), Orchid is the tale of a teenage prostitute who learns that she is more than the role society has imposed upon her.

When the seas rose, genetic codes were smashed. Human settlements are ringed by a dense wilderness from which ferocious new animal species prey on the helpless. The high ground belongs to the rich and powerful that overlook swampland shantytowns from their fortress-like cities. Iron-fisted rule ensures order and allows the wealthy to harvest the poor as slaves. Welcome to the world of Orchid.