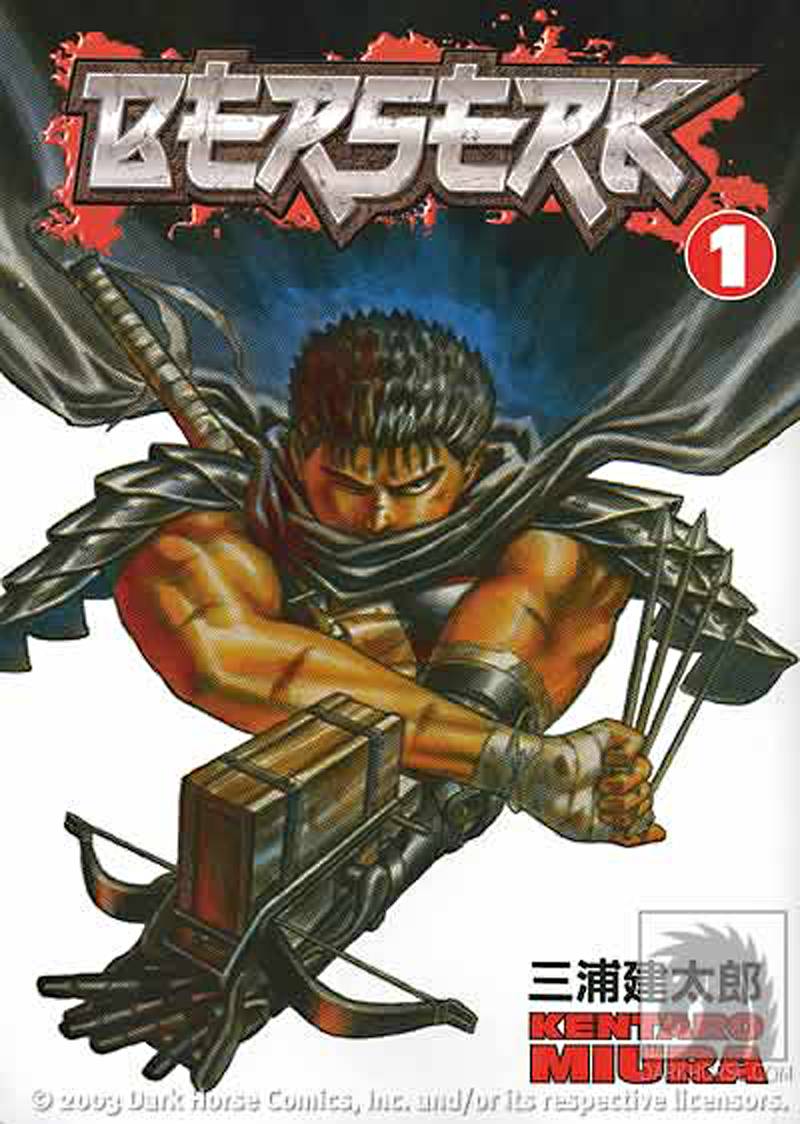 #
AUG108203
(W) Kentaro Miura (A/CA) Kentaro Miura
His name is Guts, the Black Swordsman, a feared warrior spoken of only in whispers. Bearer of a gigantic sword, an iron hand, and the scars of countless battles and tortures, his flesh is also indelibly marked with The Brand, an unholy symbol that draws the forces of darkness to him and dooms him as their sacrifice. But Guts won't take his fate lying down; he'll cut a crimson swath of carnage through the ranks of the damned -- and anyone else foolish enough to oppose him! Accompanied by Puck the Elf, more an annoyance than a companion, Guts relentlessly follows a dark, bloodstained path that leads only to death...or vengeance. Created by Kenturo Miura, Berserk is manga mayhem to the extreme -- violent, horrifying, and mercilessly funny -- and the wellspring for the internationally popular anime series. Not for the squeamish or the easily offended, Berserk asks for no quarter -- and offers none!

* Dark Horse brings an English translation of Berserk to the US for the very first time!

* The Dark Horse version of Berserk will be published in the original Japanese format!

* One of the most eagerly anticipated manga properties in recent years, Berserk was originally published in Japan and has been serialized in Young Animal Magazine since the early 1990's.

* Berserk will be shipped shrink-wrapped with a content advisory printed on the back cover.
In Shops: Mar 04, 2009
SRP: $14.99
View All Items In This Series
ORDER SUBSCRIBE WISH LIST