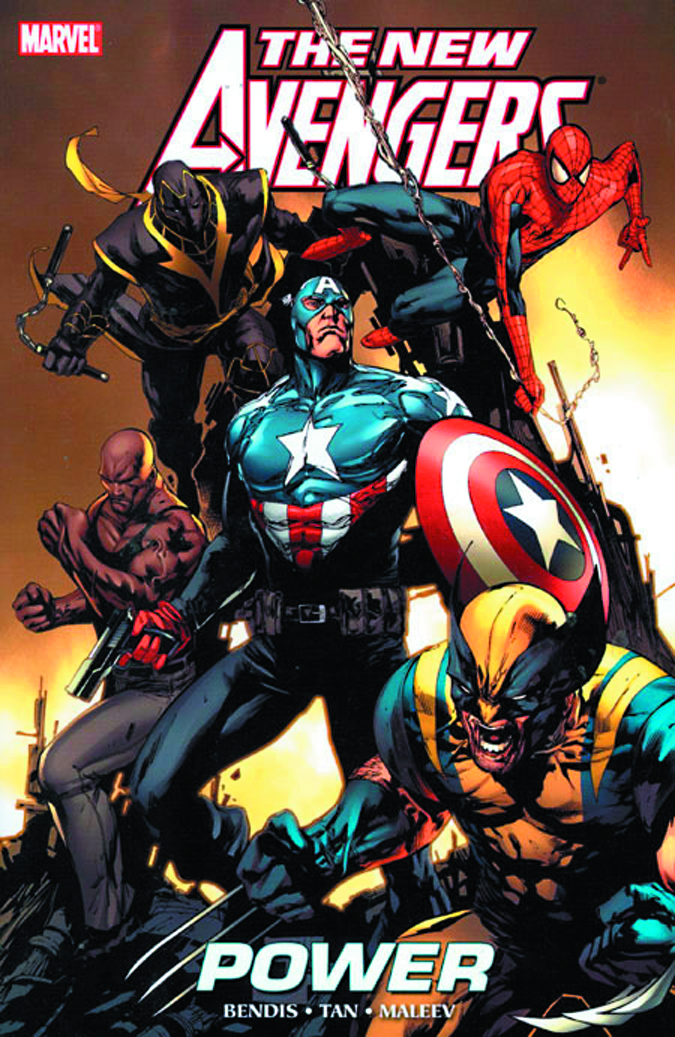 AUG090573
(W) Brian Michael Bendis (A) David Aja, Ran Beredo, Steve Epting, Michael Gaydos, Bryan Hitch, Greg Horn, Alvaro Lopez, David Lopez, Alex Maleev, Steve McNiven, Leinil Francis Yu (A/CA) Billy Tan
Written by BRIAN MICHAEL BENDIS
Penciled by BILLY TAN & ALEX MALEEV
Cover by BILLY TAN
Ring in the Dark Reign! Luke Cage's baby girl is missing, the kidnapping victim of a Skrull on the loose, and the former Power Man will do anything - anything - it takes to find her! The Avengers team up with the Fantastic Four in a fast-paced, tension-filled thriller with a wild final-page twist! Then, it's a double-sized, all-out, hero-vs.-villain, 50th-issue extravaganza you won't want to miss! The New Avengers get their game face on to take down Norman Osborn's Dark Avengers - but the former Green Goblin has a chilling surprise up his sleeve! And in SECRET INVASION: DARK REIGN, the first move in Osborn's harrowing career as America's top cop is made - in a way that will definitely surprise you! Collecting New Avengers #48-50 and SECRET INVASION DARK REIGN.
120 PGS./Rated A ...$15.99