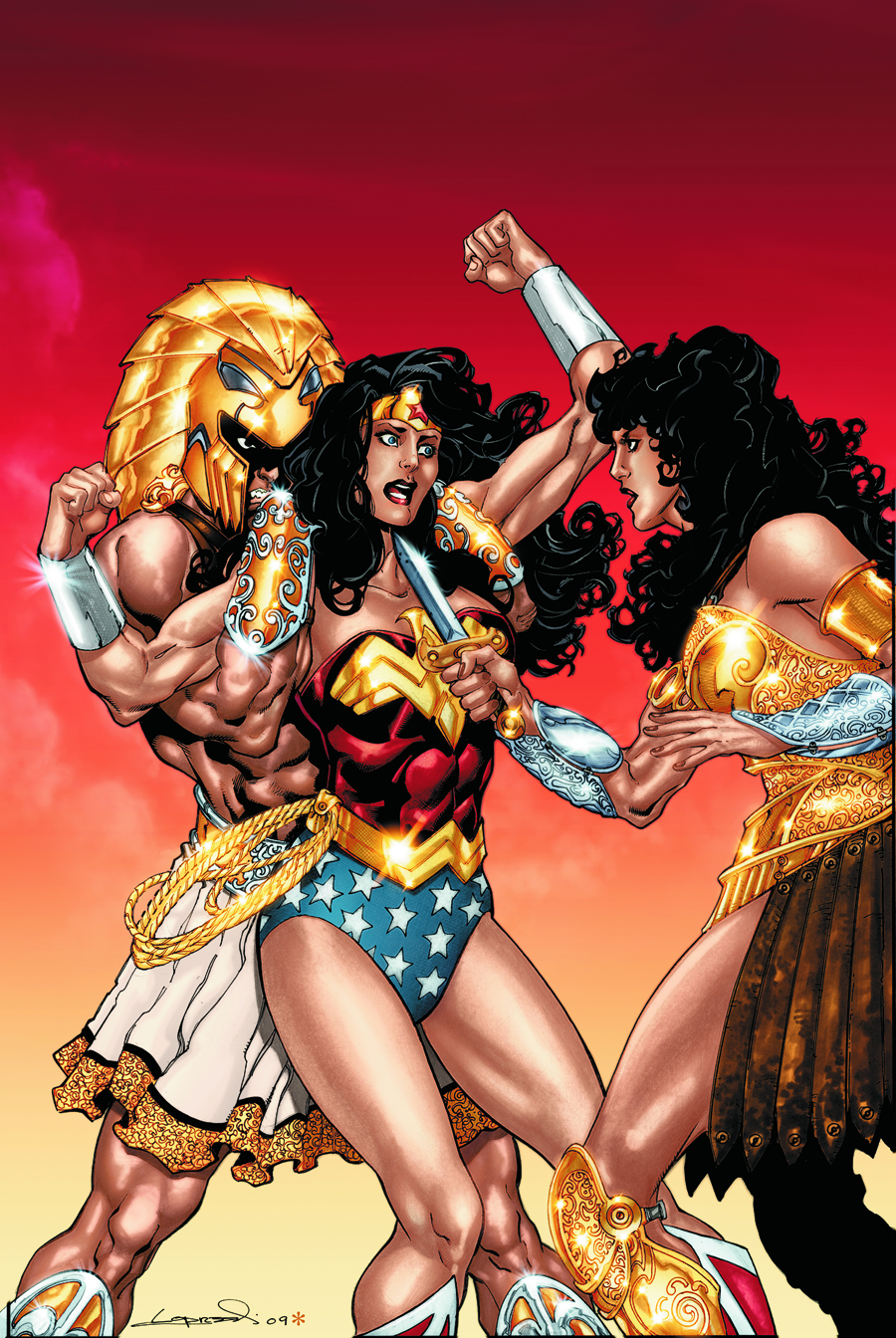 AUG090165
(W) Gail Simone (A) Bernard Chang (CA) Aaron Lopresti
Written by Gail Simone
Art by Bernard Chang
Cover by Aaron Lopresti
It's a civil war - and the world hangs in the balance! Zeus has made Achilles ruler of the Amazons, and Diana finds herself in battle against the people she loves most! And what is the secret behind the sudden rash of pregnancies on Paradise Island?
On sale October 28 o 32 pg, FC, $2.99 US