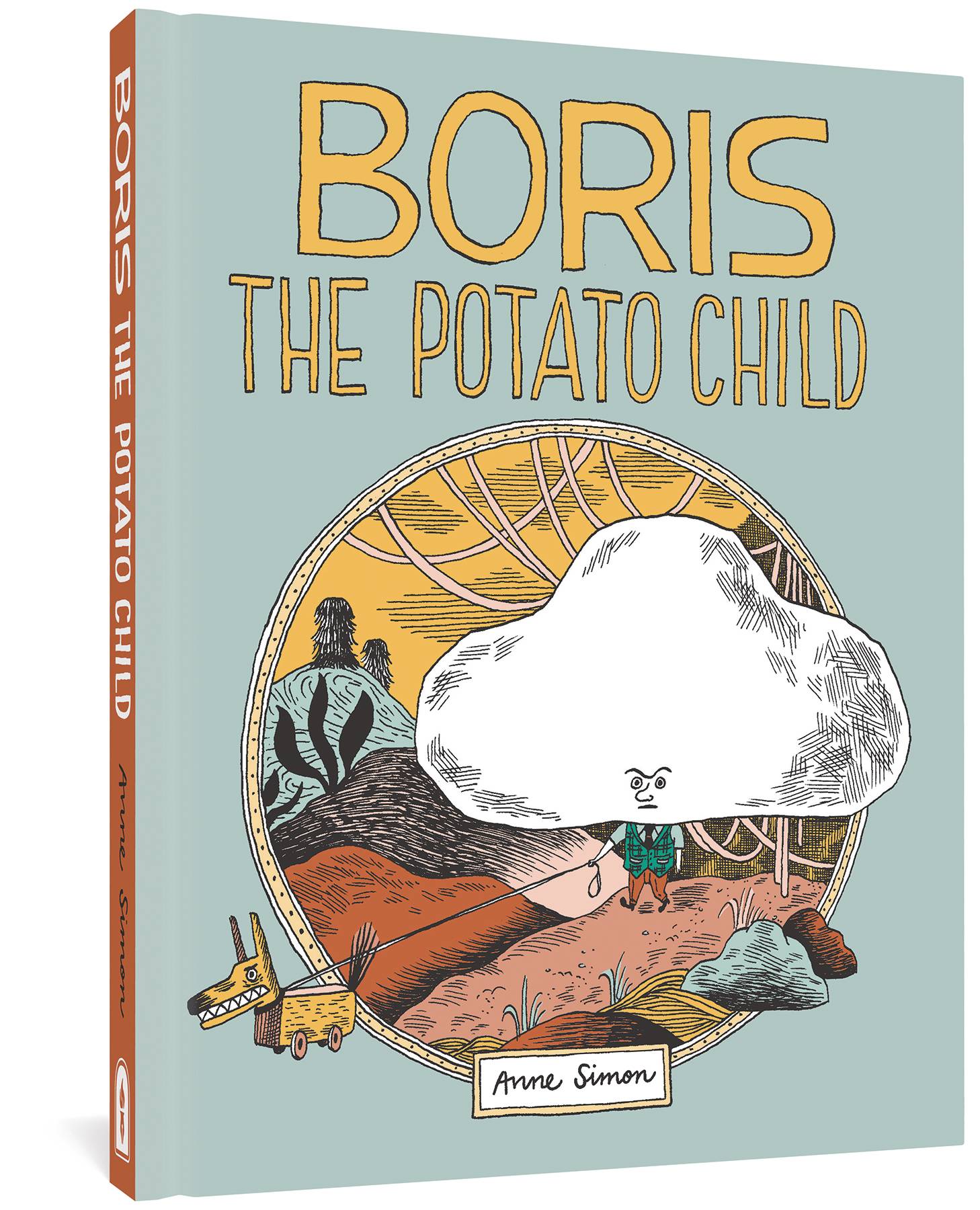 #
APR221465
(W) Anne Simon (A) Anne Simon
In her latest graphic novel, French artist and
illustrator Anne Simon returns to her visually and
allegorically rich fantasyland.
Boris, the round-headed child, reigns like a despot in the little
house he lives in with his mother. His mother, Bulle, formerly
known as Aglaia, was once the all-powerful queen of the country
Marylene. Since Marylene's fall, residents have lived in peace
thanks to a self-governing system they have adopted. But when
Boris meets Sabine, a warrior French fry thirsty for revenge, nothing
will ever be the same ...
The final book in Anne Simon's "Tales of Marylene '' graphic
novel trilogy (after The Song of Aglaia and Empress Cixtisis), Boris the
Potato Child delivers a bitter critique of our consumerist impulses
and abuses. Mixing literature and pop culture (such as mashing Simone
de Beauvoir with the Beatles), Simon has created in Marylene a
world as abundant in visual imagination as Oz or Narnia, but crafted
with a Swiftian pen that's mightier than any man's sword.
anne simon lives in Paris and studied art in the internationally renowned comics
city of Angouleme, France.
In Shops: Aug 17, 2022
SRP: $29.99
ORDER WISH LIST