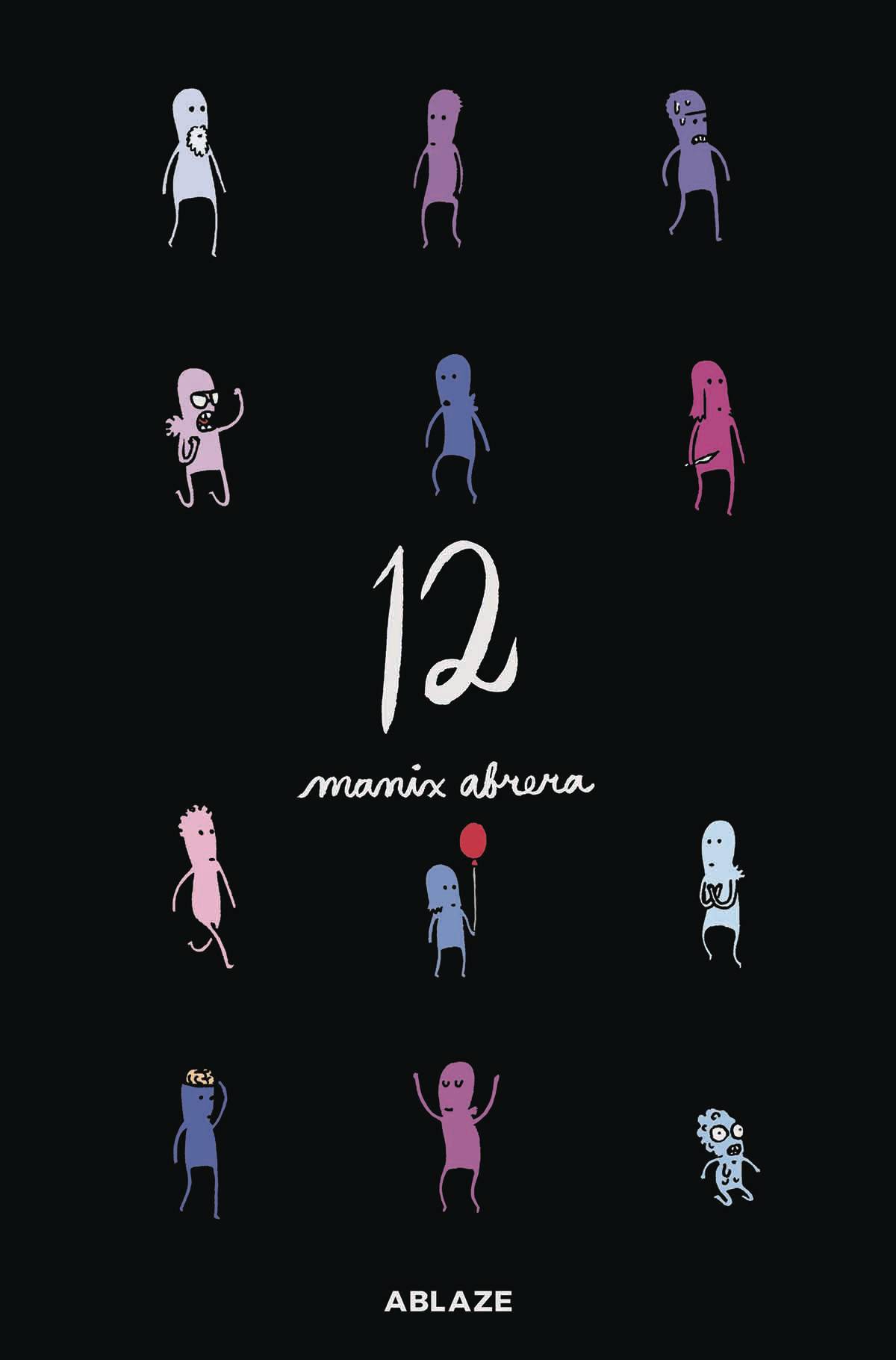 Twelve genuinely touching stories, all drawn in Manix's simplistic style,
devoid of words but communicate loudly and resonate wildly with your emotions.

Each story presents itself in its own charm, with intriguing twists - a young man spends his entire life searching for answers but shock awaits when he finally gets that eureka moment; someone finds love that unexpectedly finds somebody else; two men argue over who goes first on an escalator; a mother and daughter fight over a cockroach; a drunk man urinates on a tree and gets a big surprise - making you wonder how these mundane plots can turn out bizarrely, prompting you to reflect and crave for more!

One story reveals a mysterious horror encountered in gloomy desolate highways. Another shows how some group of scientists acquire superpowers because someone hesitated to dissect a frog. A young girl attaches her eyes to a balloon so she can look for her mother above a crowd.

What is the meaning of life? Is finding happiness worth it when you lose what really matters the most? Would you even know what matters the most?
Embrace pain and sorrow. Hope for love and will for hope.

Manix Abrera's 12 breaks all language barriers in the world of storytelling, but cuts straight into your soul, touches your heart in several dimensions you can and cannot imagine.

About Manix Abrera
Manuel Luis "Manix" Abrera (b. 1982) graduated with a degree in Fine Arts from the University of the Philippines Diliman. He is a freelance cartoonist, and is the creator of Kikomachine Komix, his long-running daily strip in the Philippine Daily Inquirer. He also contributes a weekly webcomic, News Hardcore!, for GMA News Online. To date, he has produced 16 volumes of Kikomachine Komix, and News Hardcore compilation volume 1. He also released two wordless graphic novels entitled "12" and "14". He is a three-time National Book Awardee for his works, "14" (2015), "News Hardcore: Hukbong Sandatahan ng Kahaggardan" (2016) and "Kikomachine Komix Volume 14: Alaala ng Kinabukasan"(2019).

Manix's art style and discipline is strongly influenced by his father, Jess Abrera, an award-winning editorial cartoonist and Inquirer pioneer, while Manix's love and talent of storytelling is naturally honed in him by his mother, Prof. Bernadette Abrera, a historian and current Dean of the UP College of Social Sciences and Philosophy.

Manix considers himself an incessant child of the universe, always in pursuit of stories and mysteries which he immortalizes and passes on through his art.
In Shops: Aug 24, 2022
SRP: $14.99
ORDER WISH LIST