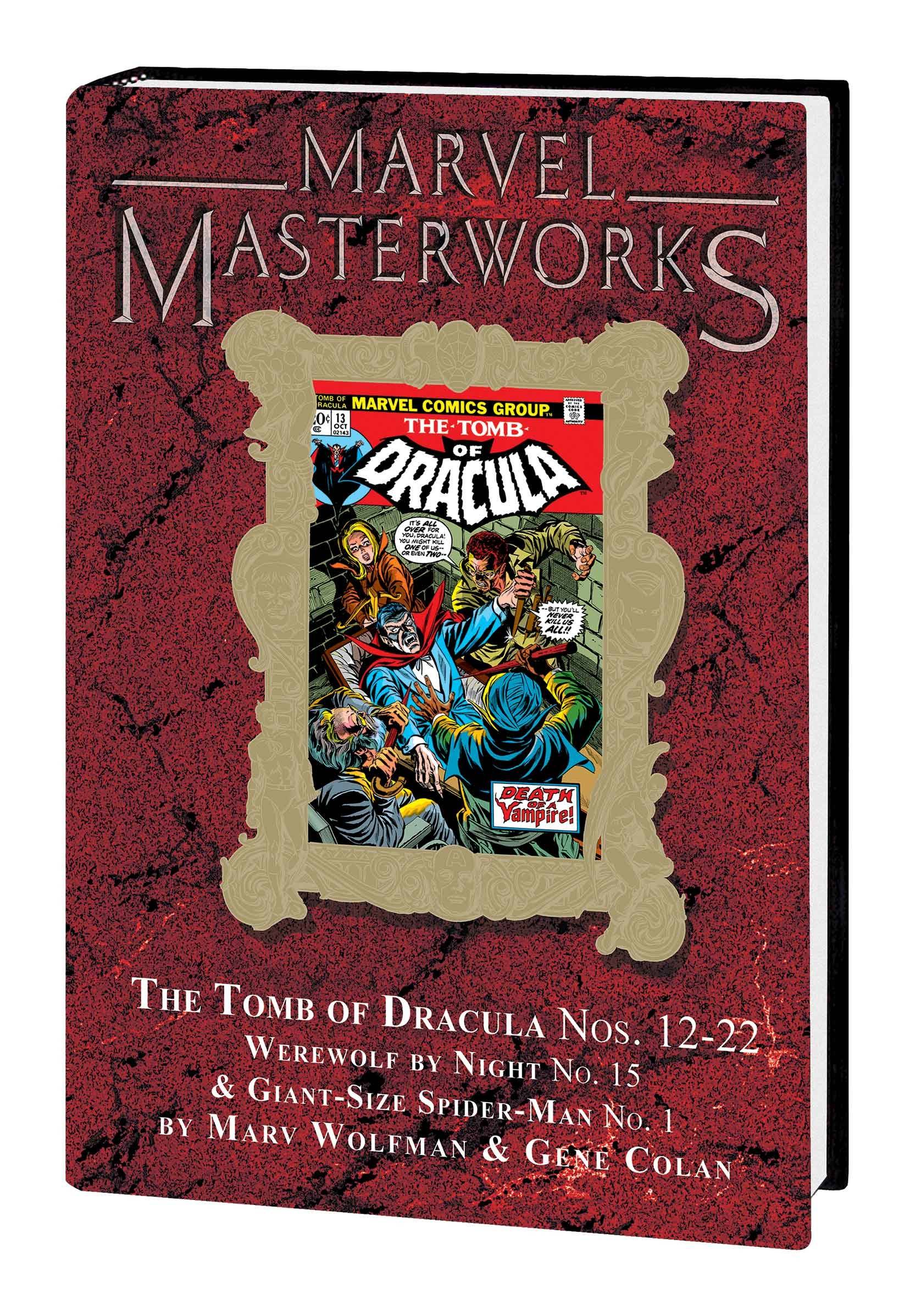 #
APR221061
(W) Marv Wolfman, More (A) Gene Colan, More (CA) Gil Kane
Dracula's reign of terror continues, brought to you by the fan-favorite creative team of Marv Wolfman, Gene Colan and Tom Palmer! While being pursued by Frank Drake, Rachel Van Helsing and Taj Nital, the King of the Vampires draws attention from other parties - including Jack Russell, the Werewolf by Night! What unexpected role has Dracula played in the family history of Marvel's most famous werewolf? And it's not just vampire hunters that Dracula must worry about in his pursuit of power: The Count has his hands full with other members of his bloodthirsty brethren, not to mention the inimitable super villain Doctor Sun! Also featuring the dire secrets of the Darkhold and the origin of Blade: Vampire Hunter! Collecting TOMB OF DRACULA (1972) #12-22, WEREWOLF BY NIGHT (1972) #15, GIANT-SIZE SPIDER-MAN #1 and material from DRACULA LIVES #4 and #6.
Rated T+
In Shops: Nov 16, 2022
SRP: $75.00
View All Items In This Series
ORDER SUBSCRIBE WISH LIST