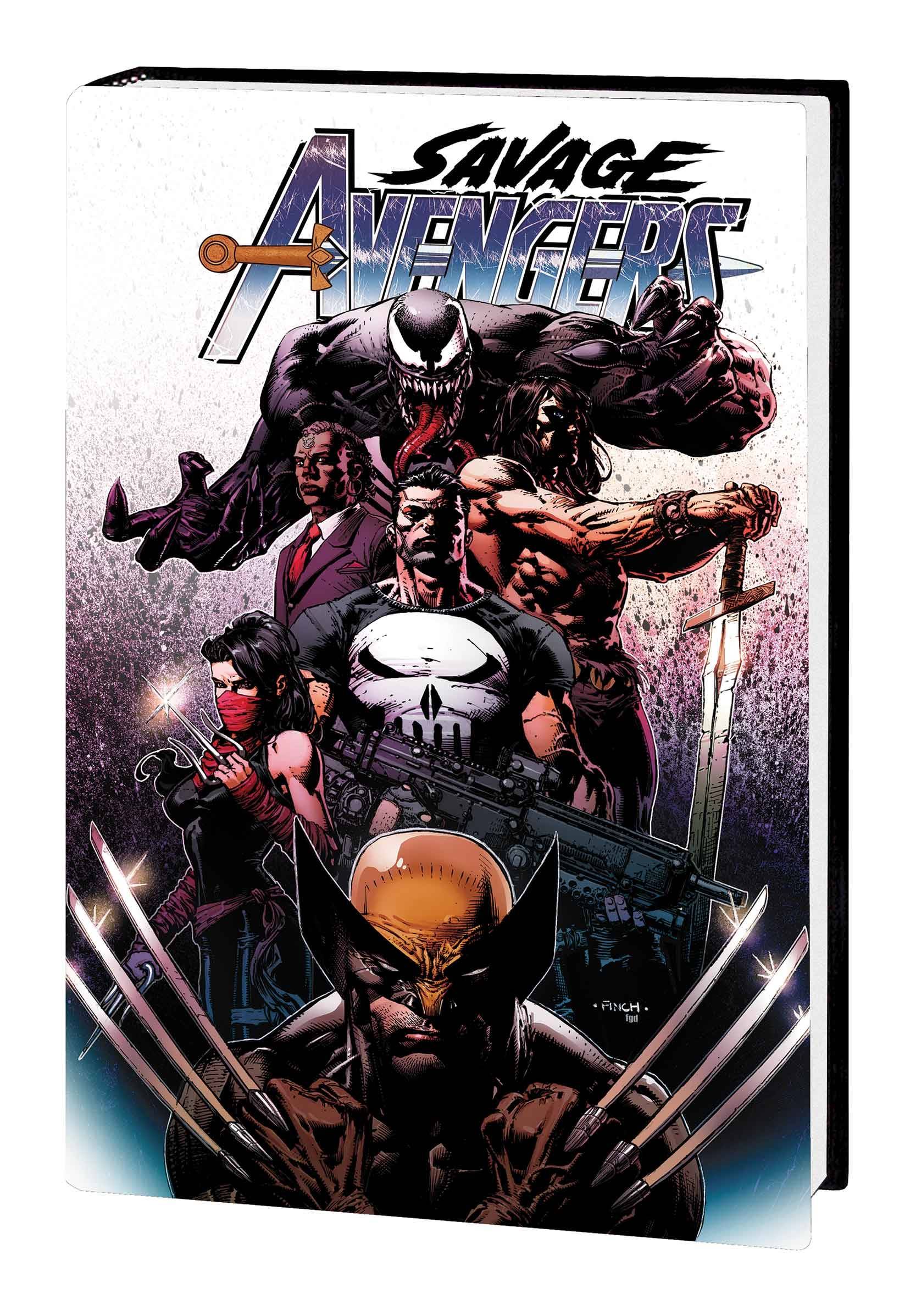 #
APR221046
(W) Gerry Duggan, Chris Claremont (A) Mike Deodato, Various (CA) David Finch
Out of the Hyborian Age and into the Marvel Universe, here comes Conan the Barbarian! As the Cimmerian warrior finds his way in the 21st century, he'll meet savage new friends more than happy to join him in battle - including Wolverine, Venom, Elektra and the Punisher! The Hand has summoned a death god from a celestial hell, and the only thing standing between Earth and destruction is Conan and those who will fight by his side. As Conan's global journey begins, he is joined by Doctor Strange, Black Widow, Doctor Doom, Magik, Deadpool and more - but can even a whole army of Savage Avengers stand against evil wizard Kulan Gath, harnessing the awesome power of the elder god Shuma-Gorath? Collecting SAVAGE AVENGERS (2019) #0-28 and ANNUAL #1, UNCANNY X-MEN (1981) #190-191 and material from FREE COMIC BOOK DAY 2019 (AVENGERS/SAVAGE AVENGERS).
Parental Advisory
In Shops: Mar 15, 2023
SRP: $100.00
ORDER WISH LIST