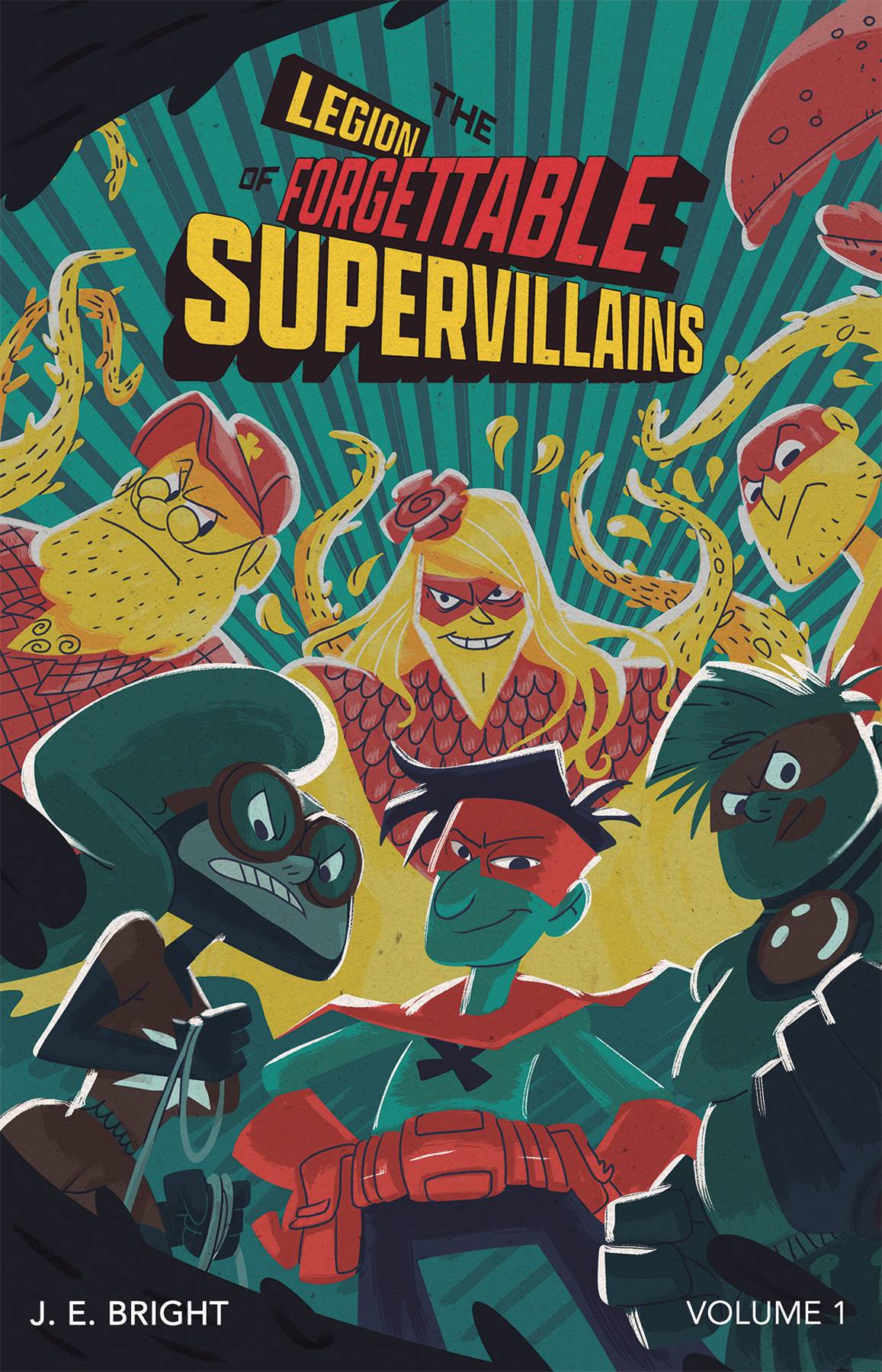 #
APR220497
(W) J. e. Bright (A/CA) ComicUp!
Drat that Sir Superior! After being outshone again by Saga City's top super hero, young Ben Mondo hangs up his cape. Ben can't live up to the legacy of his grandfather, the awesome Mr. Infinite, with that powerful snob Sir Superior hogging all the glory. Then one night, after hanging out with other reject super heroes, Ben stumbles into a bank heist. The escaping robber tosses him a bag of loot. Ben ditches the sack and flees, but a photographer caught a blurry snap. The out-of-focus pic goes viral. Ben becomes an infamous mystery villain! Together with his fellow rejects, Ben follows his fate and creates The Forgettable Supervillains society. They set out dedicated to money, mayhem, and fame . . . but their attempts at villainy just may save the day!
In Shops: Oct 05, 2022
SRP: $16.99
ORDER WISH LIST