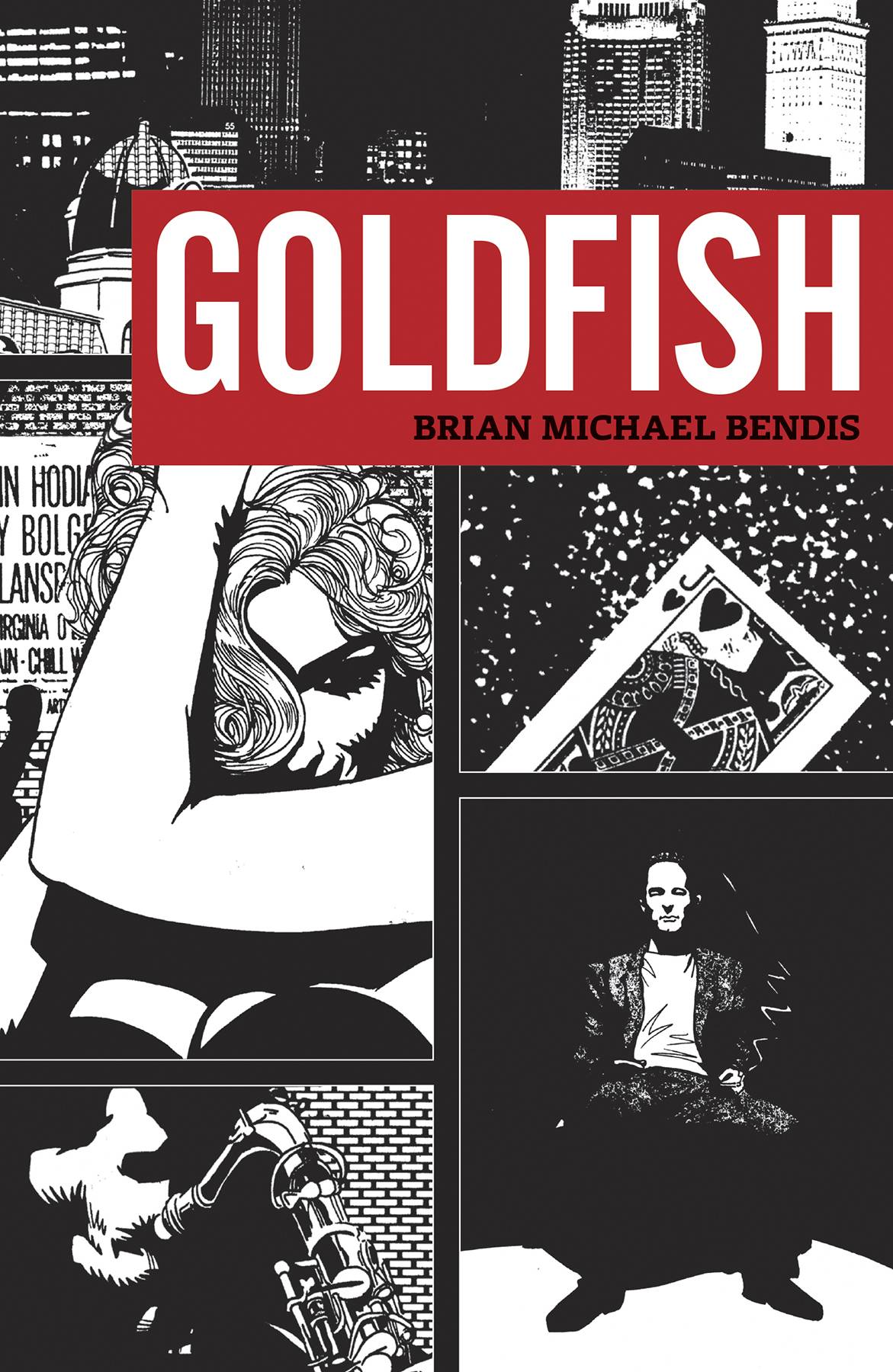 #
APR220305
(W) Brian Michael Bendis (A/CA) Brian Michael Bendis
After years away, con man David Gold returns to the city he once called home and finds nothing as it was. But the man known as "Goldfish" has come back for one reason, and one reason only: his son. This enigmatic grifter returns to his old haunts to find his old flame practically running the city's underbelly. His oldest friend and ex-partner in crime a police detective. The town itself seems to have turned on him. With everything going against him, how can Goldfish reclaim the only person that he still cares about?

Written and illustrated by the legendary New York Times best-selling author Brian Michael Bendis, Jinxworld and Dark Horse release an all-new edition of one of his grittiest works ever!
In Shops: Sep 14, 2022
SRP: $19.99
ORDER WISH LIST