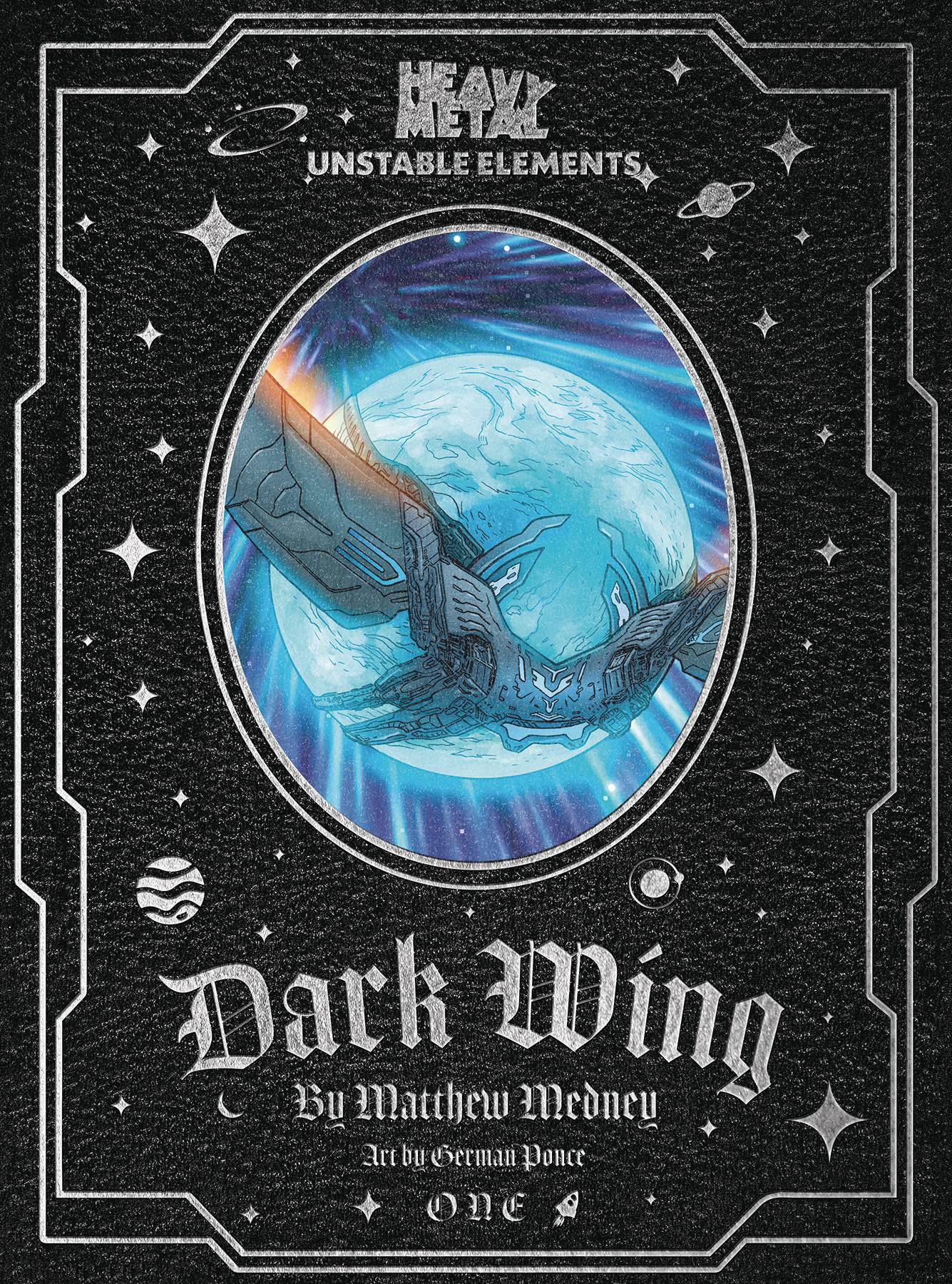 #
APR218275
(W) Matt Medney (A/CA) German Ponce
Millenia ago, a rogue black hole viciously and without prejudice engulfed the solar system known as Ipitoe 3 in the distant zones from the Karandu Galaxy and flung its planets unceremoniously into the abyss of space. A human-like species known as the Quails worked with technologies beyond the imagination as they constructed the Dark Wing.

It was scientist Simon Fredrick who had the idea to propel the planet of Tiberius through space by effectively transforming the rogue planet into a ship. "If we are doomed to explore for eternity against our will, let's at least explore on our own terms," That's what Fredrick always said.

Then, in 3921 A.S. (After Separation), it happened: Revues Quest broke the code. Centuries later, long after the architect of our future was lost to time, the Dark Wing was birthed. An impressive macro-engineering exo-skin 5 times the size of the planet Tiberius itself. 25% of the planet's core was turned into a sustainable interstellar S.I.R.E.N Drive (Sophisticated Interstellar Radio Emitting Navigator Engine). It was magnificent.

But this is the past now. We have iterated to Dark Wing 7.1.2. Today, 4021 A.S. (After Separation), The Dark Wing has a new captain. Benedict Gunn, a fearless pilot who is tasked with shepherding the resilient people of Tiberius across the galaxy, in search of a new system to call home.