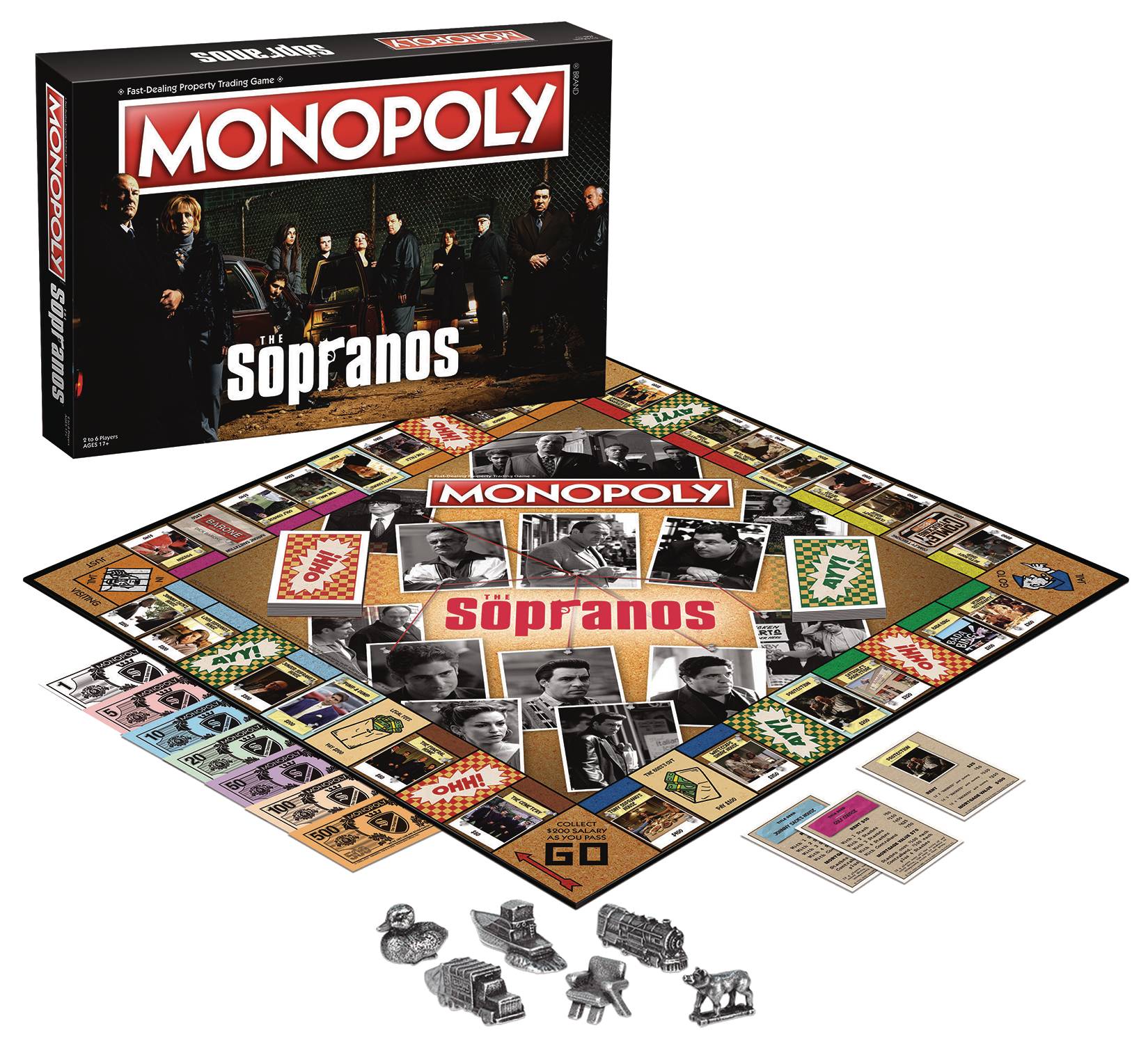 # # # #
APR218192
Call the shots in Monopoly: The Sopranos, based on the Emmy award-winning mob drama! Buy, sell, and trade popular locations like Tony Soprano's House and Satriale's Pork Store, before wheeling and dealing at The Bada Bing! Let tokens like The Stugots or Bobby Bacala's toy train engine take you around the board and be the last boss standing!
In Shops: Aug 25, 2021
SRP: $39.99
ORDER WISH LIST