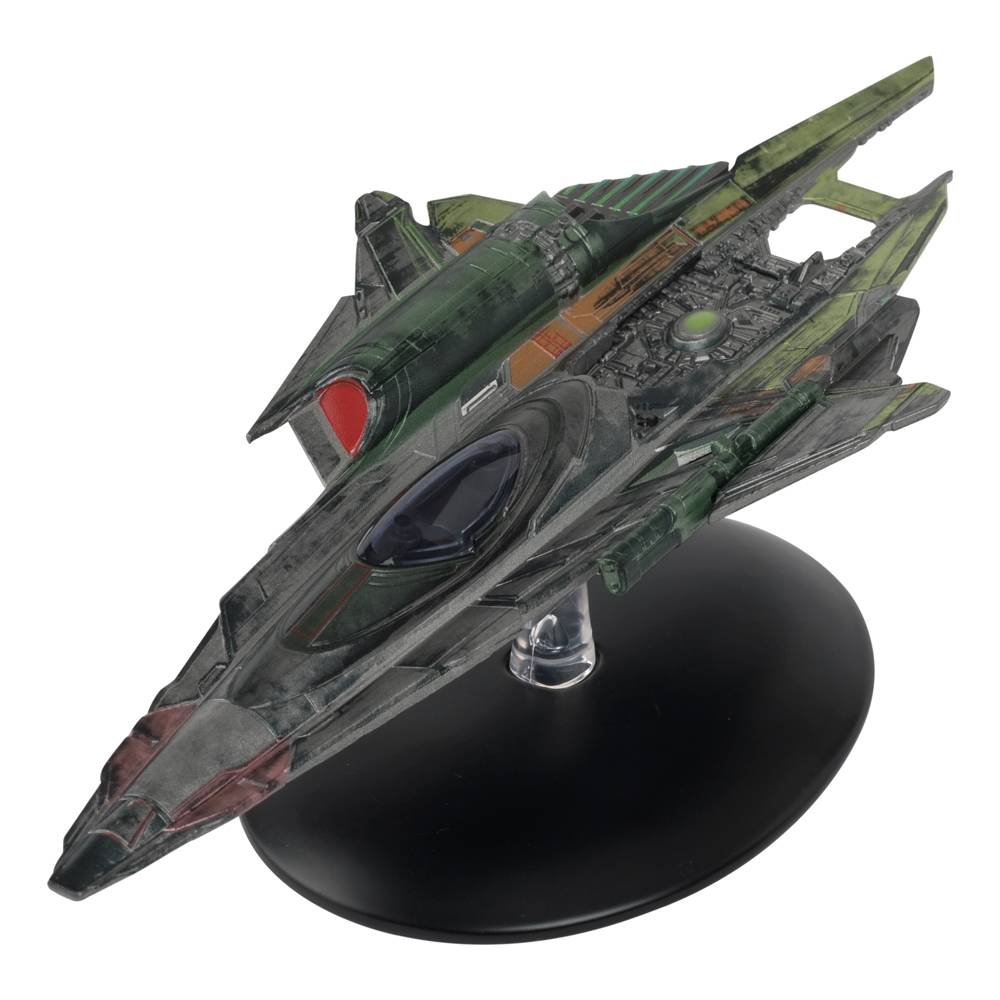 # # # # #
APR212387
SEVEN OF NINE'S FENRIS RANGER SHIP  - A small, aggressively-armed one-person starship, this vessel was piloted by Seven of Nine in her work among the vigilante Fenris Rangers. Vigilantes who patrolled the Qiris sector, the Fenris Rangers were forced to withdraw when the sector fell into anarchy - though thankfully, Seven of Nine stayed behind long enough to rescue Picard from a pirate attack...
In Shops: Aug 11, 2021
SRP: $54.95
View All Items In This Series
ORDER SUBSCRIBE WISH LIST