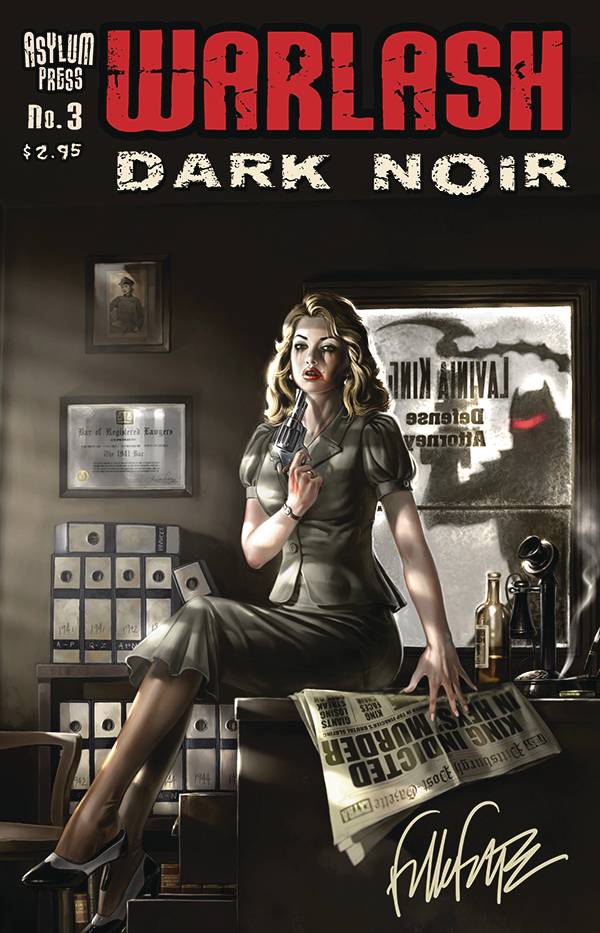 #
APR211505
(W) Frank Forte, Royal McGraw (A) Frank Forte, Szymon Kudranski, J.C. Wong (CA) Aly Fell
Warlash, armored warrior of the apocalyptic future, returns. This issue concludes the "Phlegm Fatale" storyline wherein Warlash battles a biogenic beast in the sewers below Pittsburgh, but the battle is not over even after the beast has been destroyed. "Rocket's Red Scare" pits Warlash against a biogenetically engineered villain who goes by the name of Trotsky De Sade, the crazed leader of the Gene Communist Militia. De Sade is a Neo-Cold War menace who has taken the form of Joseph Stalin to try to wreak havoc upon the capitalist pigs of Pittsburgh. Can Warlash and his new ally Vigil stop him? Signed by creator Frank Forte with Certificate of Authenticity.
In Shops: Jun 23, 2021
SRP: $6.99
View All Items In This Series