Pop Culture Network:
PREVIEWS Catalog
SAVE YOURSELF #1 (OF 4) CVR B GONZAGA
BOOM! STUDIOS 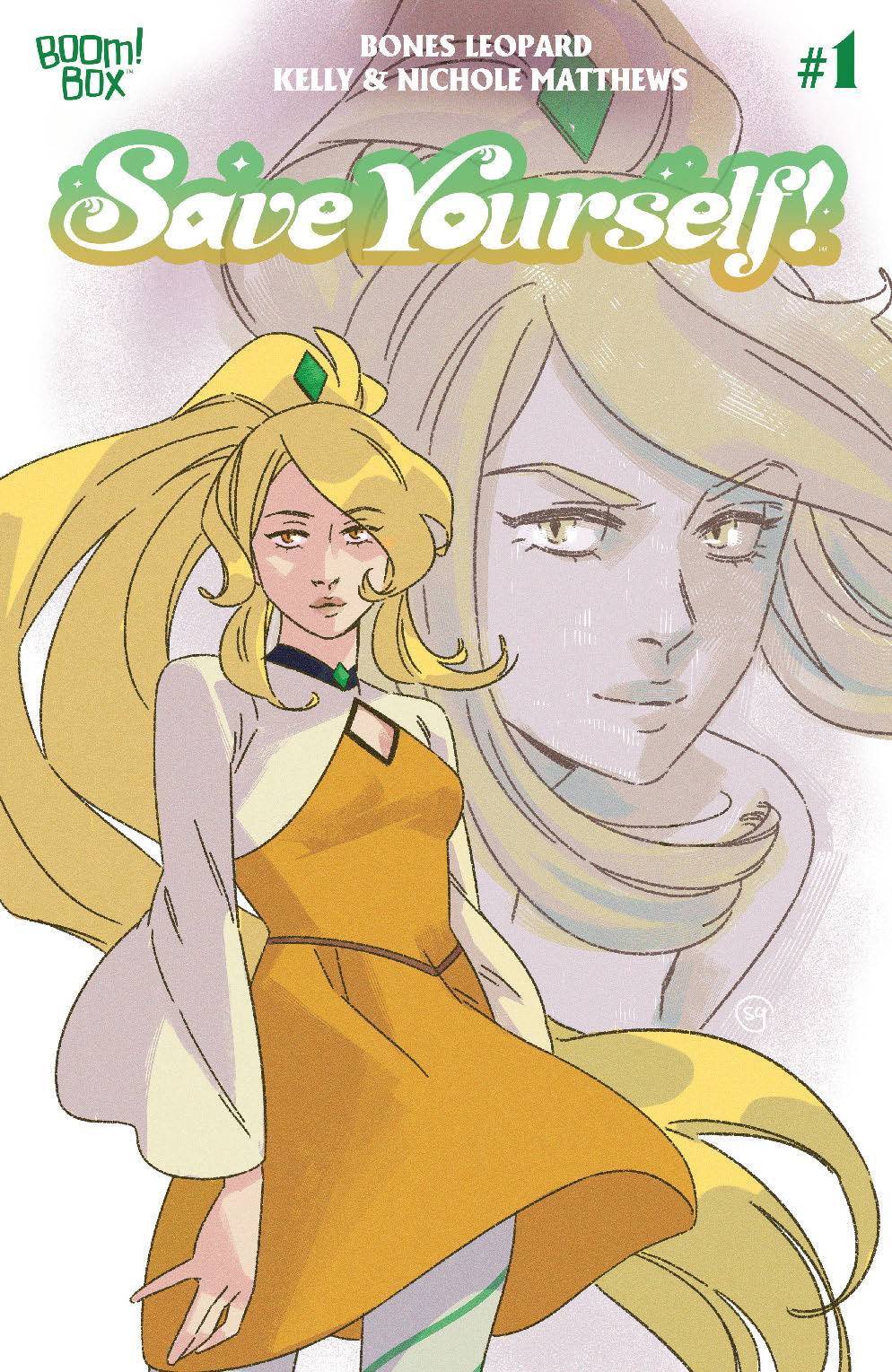 Aoe, Thel, and Gen, better known as the Lovely Trio, first burst onto the scene five years ago when they saved Earth from a surprise space monster attack!

Since then, everyone, including Gigi, whose brother died as a bystander in a Lovely Trio battle, idolizes them as superheroic pop icons.

But when Gigi witnesses the Lovely Trio battling a monster firsthand, she sees something that causes her to question everything she thought she ever knew about her heroes!

A magical new series from the team behind Pandora's Legacy, writer Bones Leopard (Identical) and artists Kelly & Nichole Matthews (Just Beyond), that's perfect for fans of Sailor Moon and Wynd.
In Shops: Jun 16, 2021
SRP: $4.99
View All Items In This Series