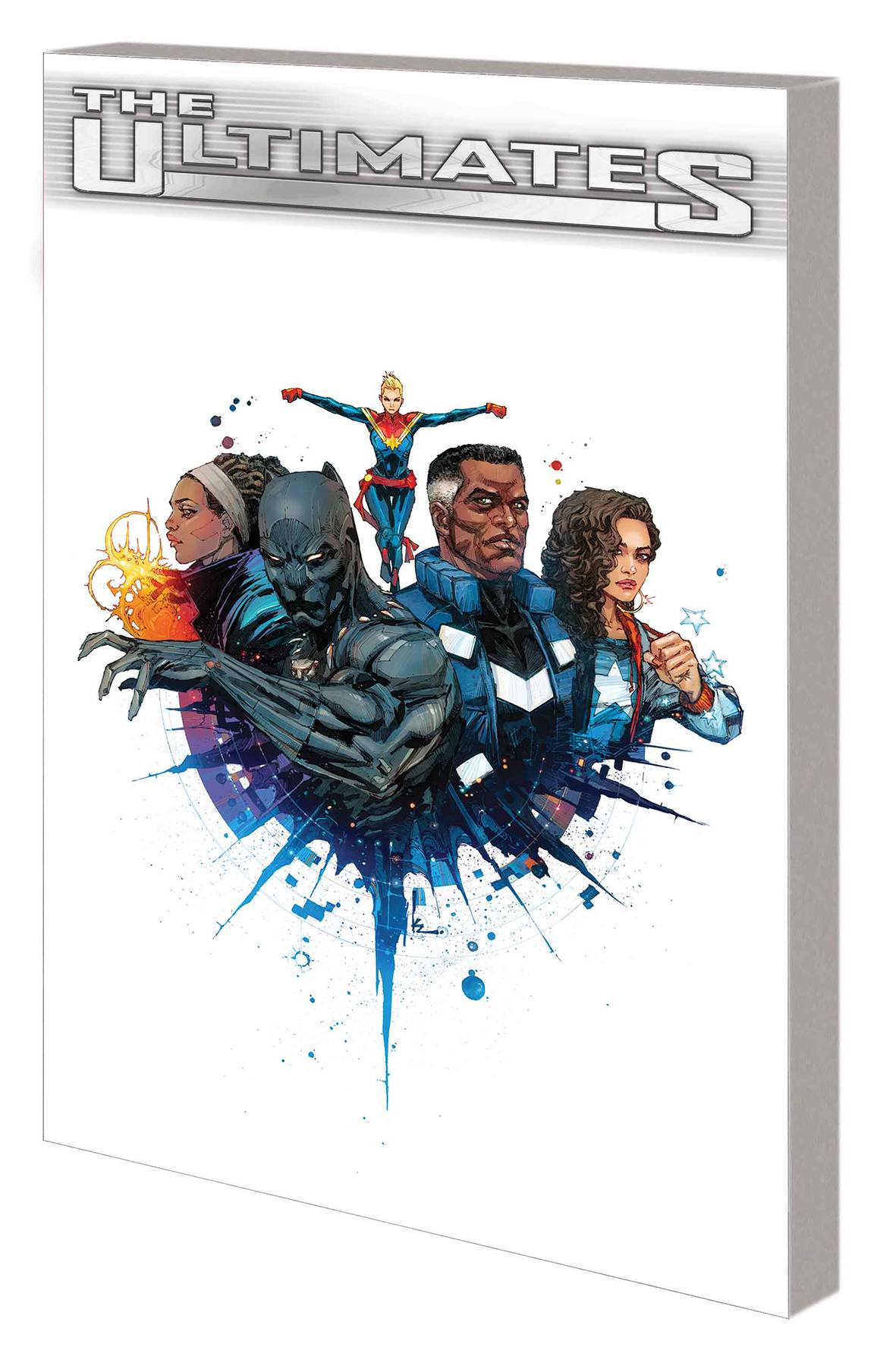 #
APR211005
(W) Al Ewing (A) More (A/CA) Kenneth Rocafort
Black Panther! Captain Marvel! Ms. America! Spectrum! Blue Marvel! Together, they form the ultimate super-team, finding and fixing problems beyond the limits of the infinite! From cosmic forces lurking on Earth to whatever waits beyond the Omniverse, the Ultimates start with the impossible - and take it from there! Their first task: ending the planet-eating threat of Galactus...forever! But space-time is broken - and to solve that, the Ultimates can't just think within the box. They need to go outside reality! But when they learn Eternity itself has been chained, the team discovers a threat far larger and older than everything that exists! Can the Ultimates rise to the ultimate challenge and save the very concept of reality from being absorbed and rewritten? Collecting ULTIMATES (2015) #1-12, ULTIMATES 2 (2016) #1-9 and #100 and material from AVENGERS (2015) #0.
512 PGS./Rated T+
In Shops: Jul 14, 2021
SRP: $44.99
ORDER WISH LIST