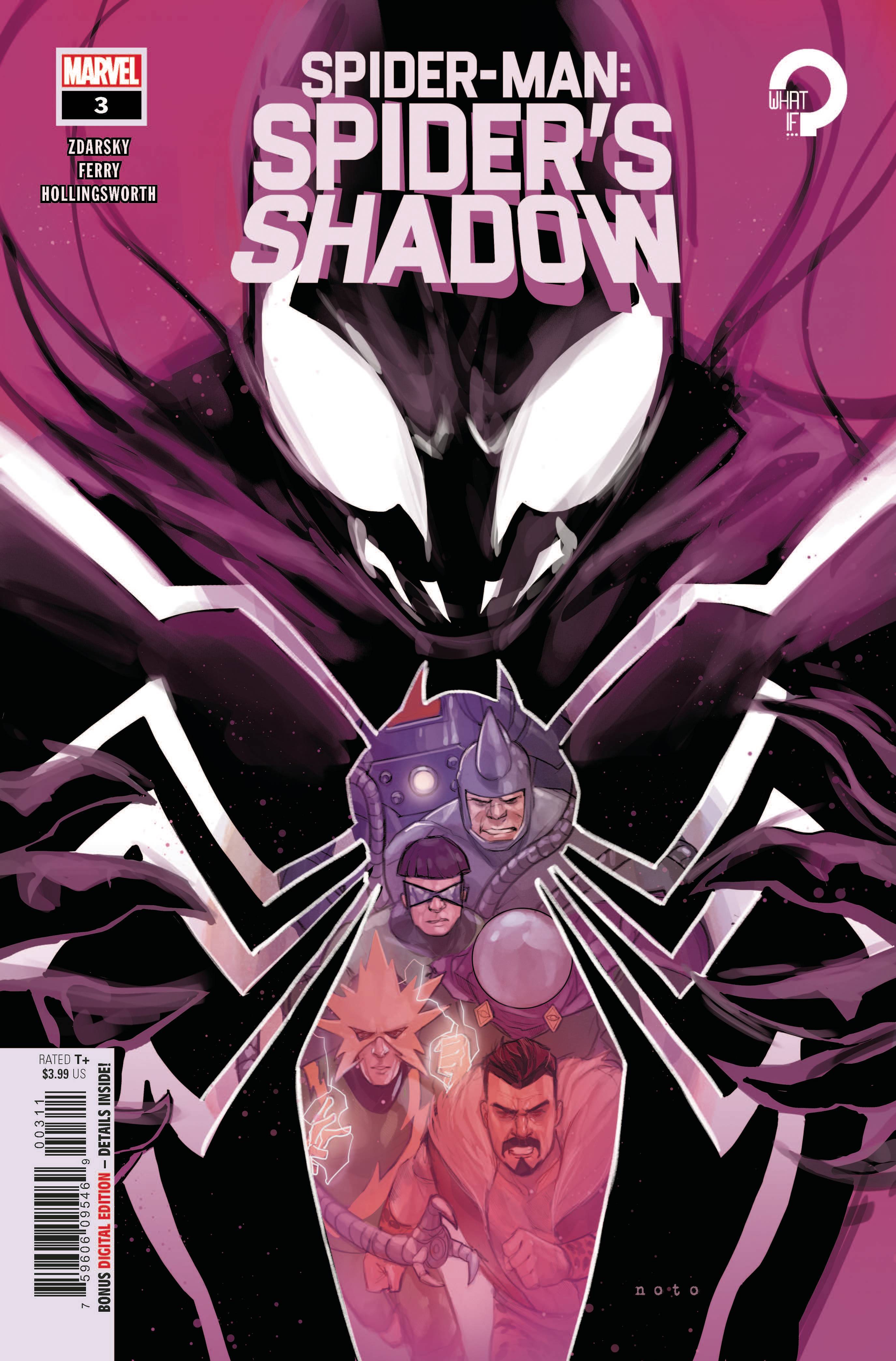 #
APR210894
(W) Chip Zdarsky (A) Pasqual Ferry (CA) Phil Noto
WHAT IF PETER PARKER BECAME VENOM?
The greatest enemies of Spider-Man have banned together to take the new version of Spidey down! They must act fast, as their numbers dwindle at the hands of Spider-Man. While some plan for his demise, others like Reed Richards of the Fantastic Four hope to save him, but is it too late to have the old Spider-Man back... or even Peter Parker?
32 PGS./Rated T
In Shops: Jun 09, 2021
SRP: $3.99
View All Items In This Series