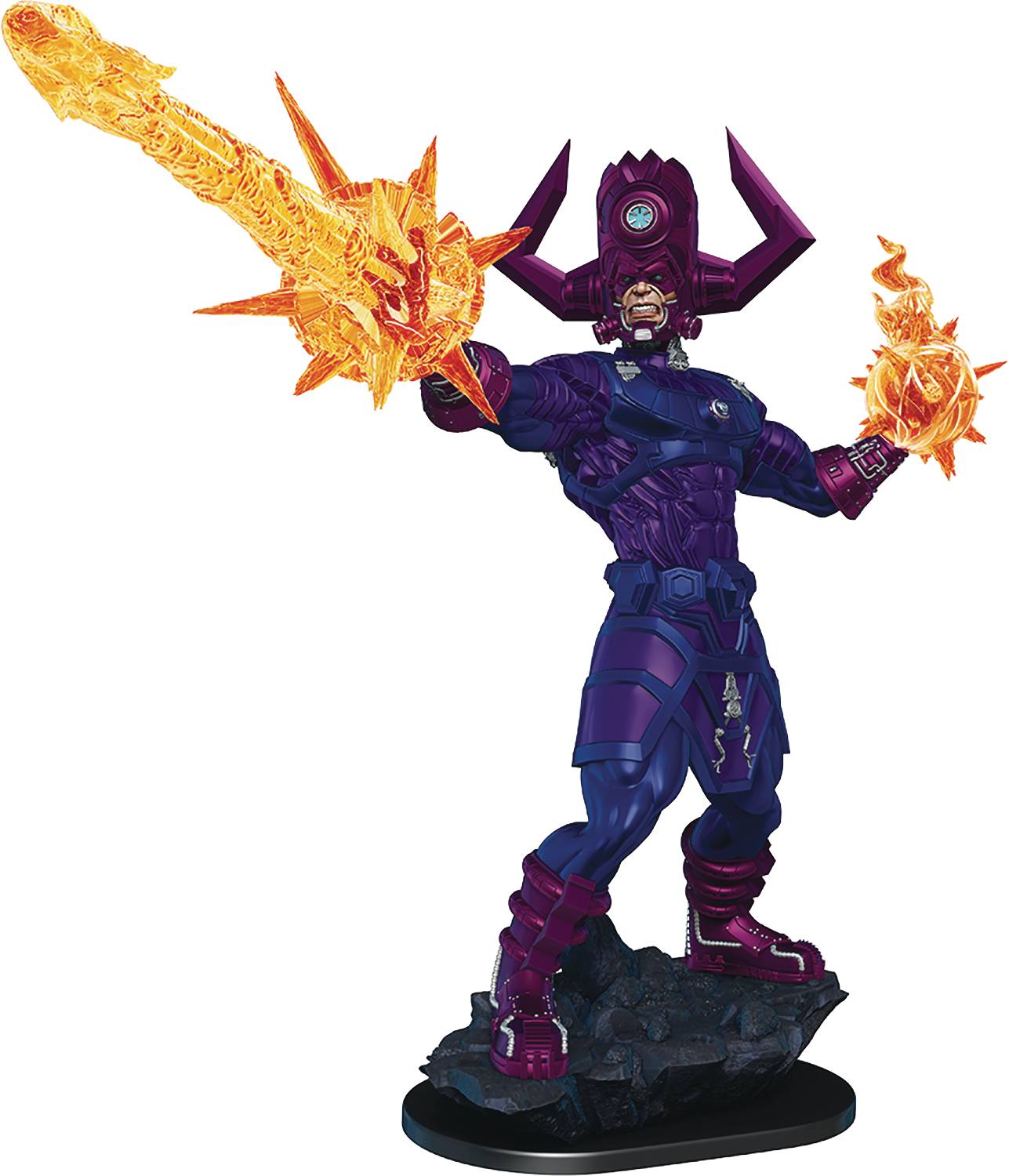 #
APR208578
As Galactus' hunger grows, his next target is revealed: the HeroClix tabletop! This Premium Colossal Figure has been specially sculpted with detail pushed beyond anything ever seen in HeroClix. At more than a foot tall, Galactus comes alive to tower over the tabletop and includes an alternate helmetless head to display! Galactus has 3 x 6 base with 4 dials. Two of those dials represent Galactus himself (for 32 clicks of health). He also has two special dials: an all-new Herald Dial to let another character serve him, and a never-before-seen Elemental Converter Dial which will allow Galactus to devour the map! Specially designed book-flap box cover shows gorgeous comic-art from a distance while getting a full view of the figure upon opening the cover!
In Shops: Oct 07, 2020
SRP: $99.99