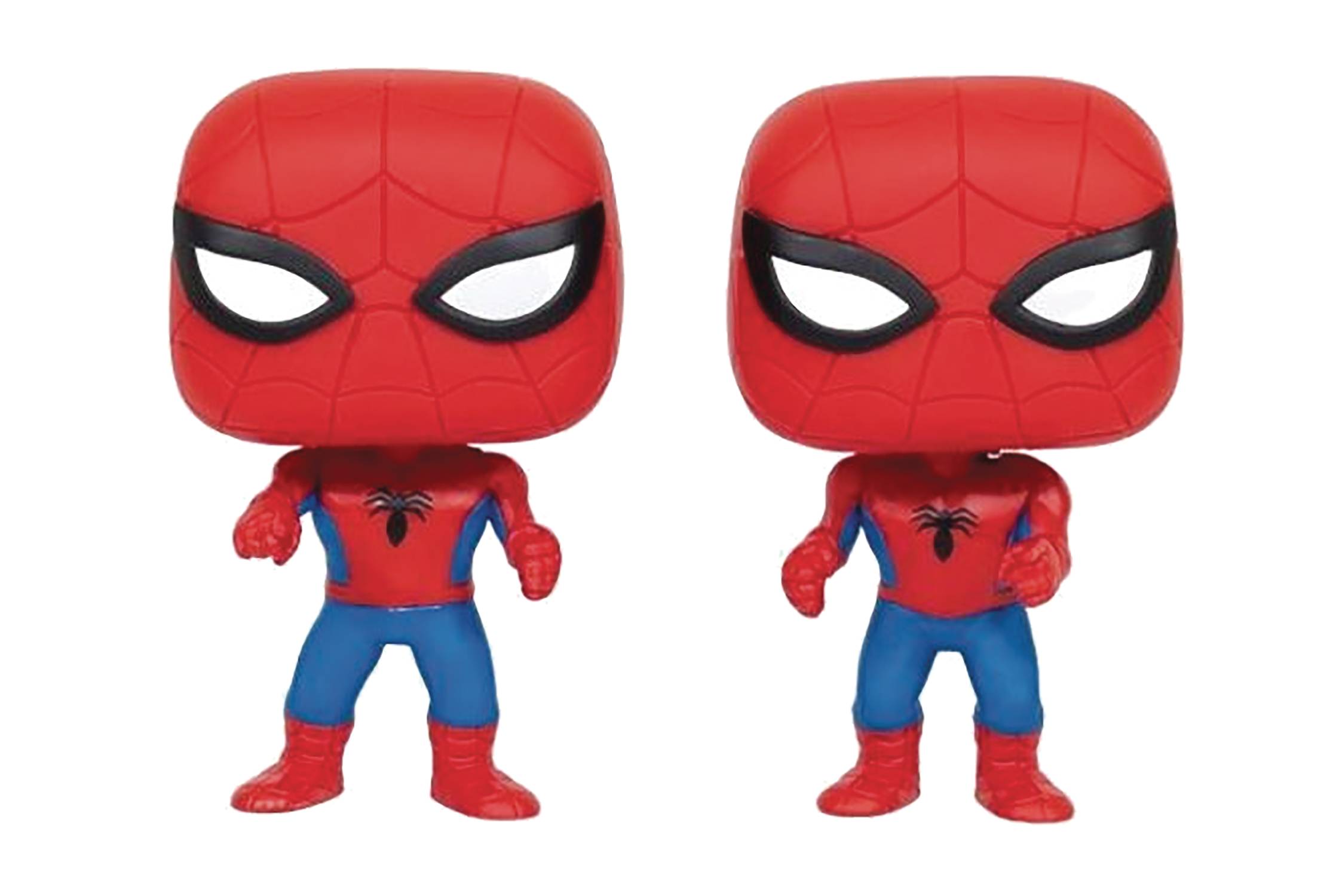 # #
APR208210
Previously an Entertainment Earth Exclusive! Which Spidey is which? Originally seen in the 1960s Spider-Man cartoon episode entitled "Double Identity," this webslinger moment became iconic when it joined the ranks of popular memes and was a featured spot in the Academy Award-winning animated film Spider-Man: Into the Spider-Verse. Now the moment joins Funko's POP! vinyl figure line with an amazing 2-piece figure set! This limited edition release includes two Spider-Man figures and a background insert. Both POP! figures stand 3 3/4-inches tall. and if you look closely at their arms and legs you'll see they have slightly different sculpts and poses! Window box packaging.