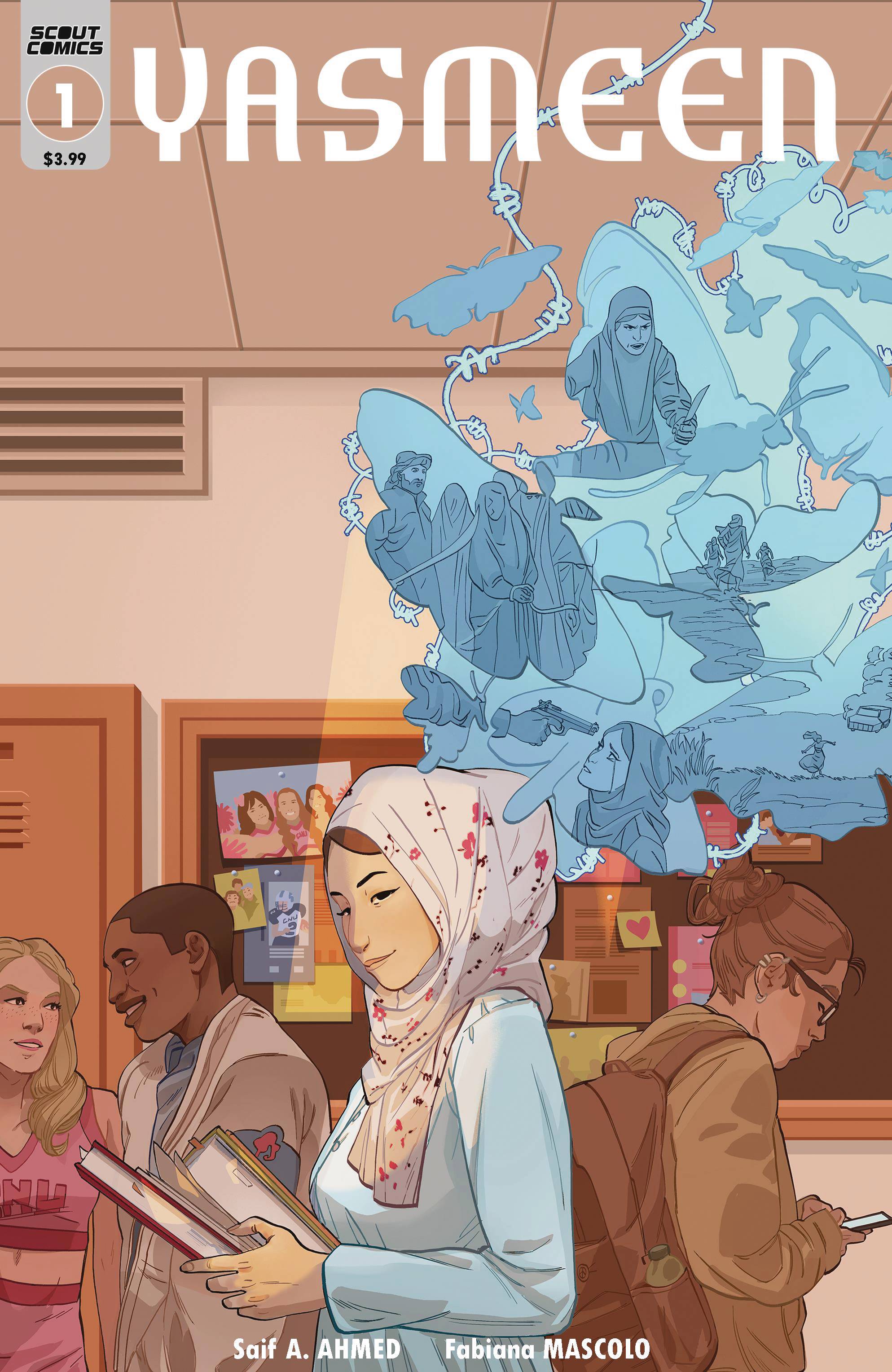 #
APR202032
(W) Saif A. Ahmed (A) Fabiana Mascolo
Iraq, 2014. Life couldn't be better for 16 year-old Yasmeen as her family is able to buy a big new house. Then ISIS invades Mosul.  Yasmeen's Shia family barely escapes, while Yasmeen us captured by terrorists and sees her uncle executed. Yasmeen is sold to an ISIS fighter as a slave and must relinquish her innocence in order to save her three new Yazidi friends who are punished with starvation. Two years later, Yasmeen is reunited with her family in the United States. Her parents are so happy to be reunited with Yasmeen that they fail to see the state of depression that she has fallen into after two years of slavery and torments. Now faced with a new life, Yasmeen must learn to survive in a society that both fears and hates her and must overcome the horrors of the past in an attempt to find herself again.
In Shops: Jul 22, 2020
SRP: $3.99
View All Items In This Series
ORDER SUBSCRIBE WISH LIST