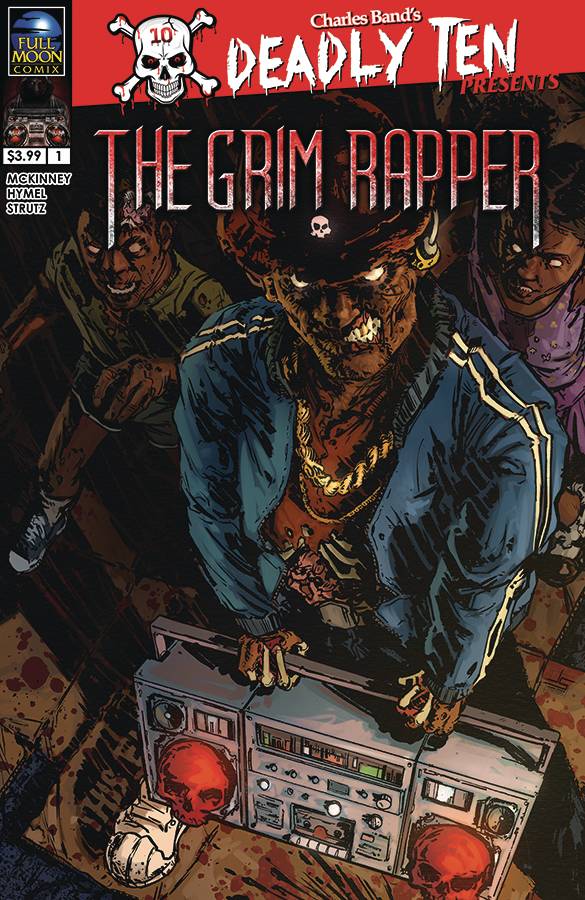 #
APR201859
(W) Brockton McKinney (A) Travis Hymel (A/CA) Jason Strutz
It's 1989, and a deadly secret, an undead hip-hop artist, and a horrifyingly haunted boombox have the residents of Hadden City terrified to face the music! The Grim Rapper has appeared, and it's obvious he's seeking revenge, but who, or what, has summoned this killer musician from the grave! Featuring main cover by Jason Strutz, and collectable variant "Product 10" cover by Dan Fowler (Screaming Soup)!
In Shops: TBD
SRP: $3.99
View All Items In This Series