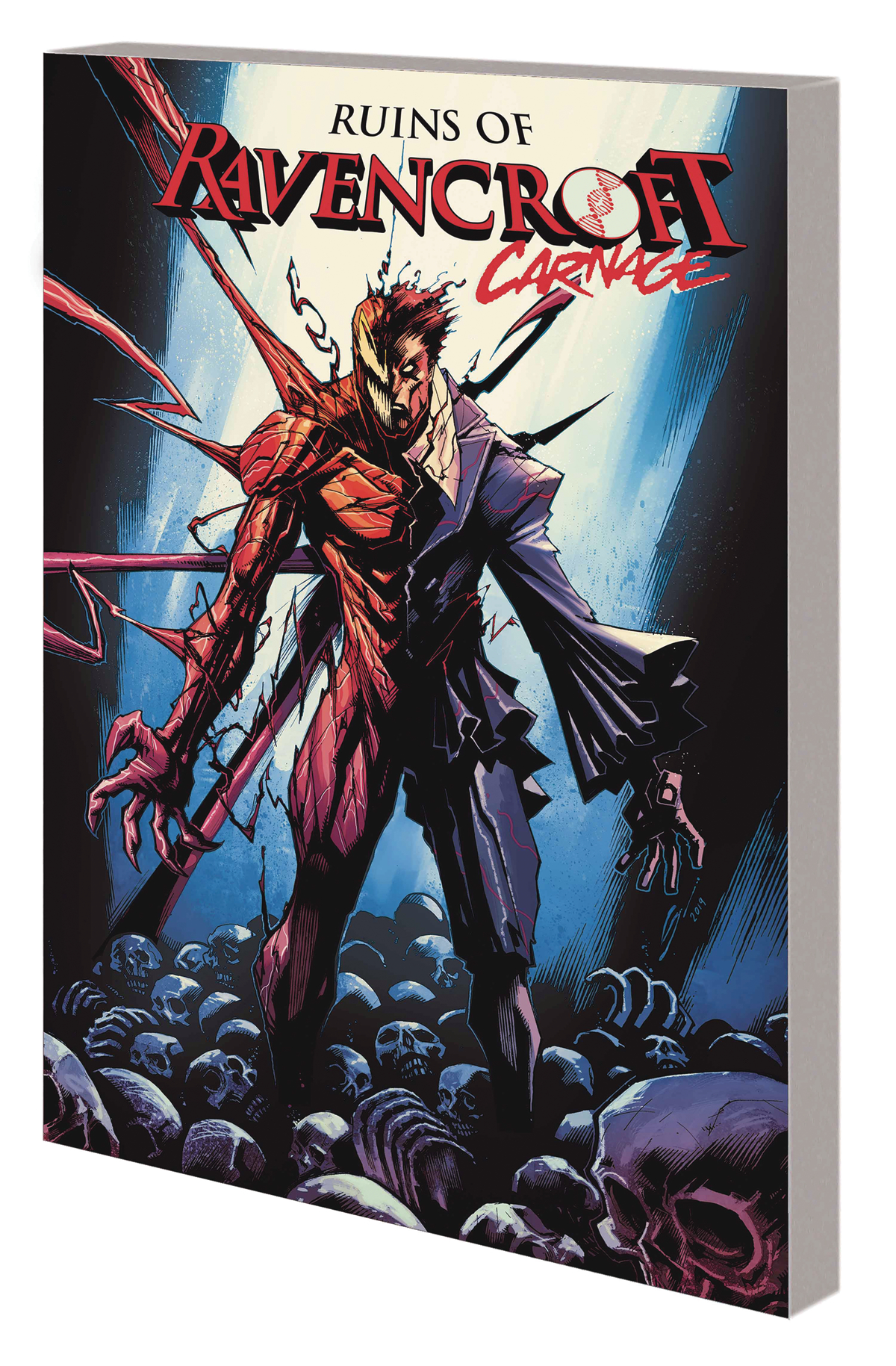 APR201103
(W) Frank Tieri (A) Angel Unzueta, More (CA) Gerardo Sandoval
Ravencroft's history has been shrouded in mystery for years - but no longer! In the wake of ABSOLUTE CARNAGE, the past of the Ravencroft Institute for the Criminally Insane has started to unravel - revealing hidden chapters in the lives of some of the Marvel Universe's most recognizable heroes and villains! Efforts to reconstruct Ravencroft are well underway, but the ruins of its history are there to be explored - by Misty Knight, John Jameson, Mister Fantastic...and Mayor Wilson Fisk, the onetime Kingpin of Crime! Prepare to learn how the Institute cast its dark shadow over the villains called Carnage and Sabretooth - not to mention the lord of the undead, Dracula himself! But what does Ravencroft's hidden history have to do with a sinister scientist named Nathaniel Essex? Collecting RUINS OF RAVENCROFT: CARNAGE, SABRETOOTH and DRACULA.