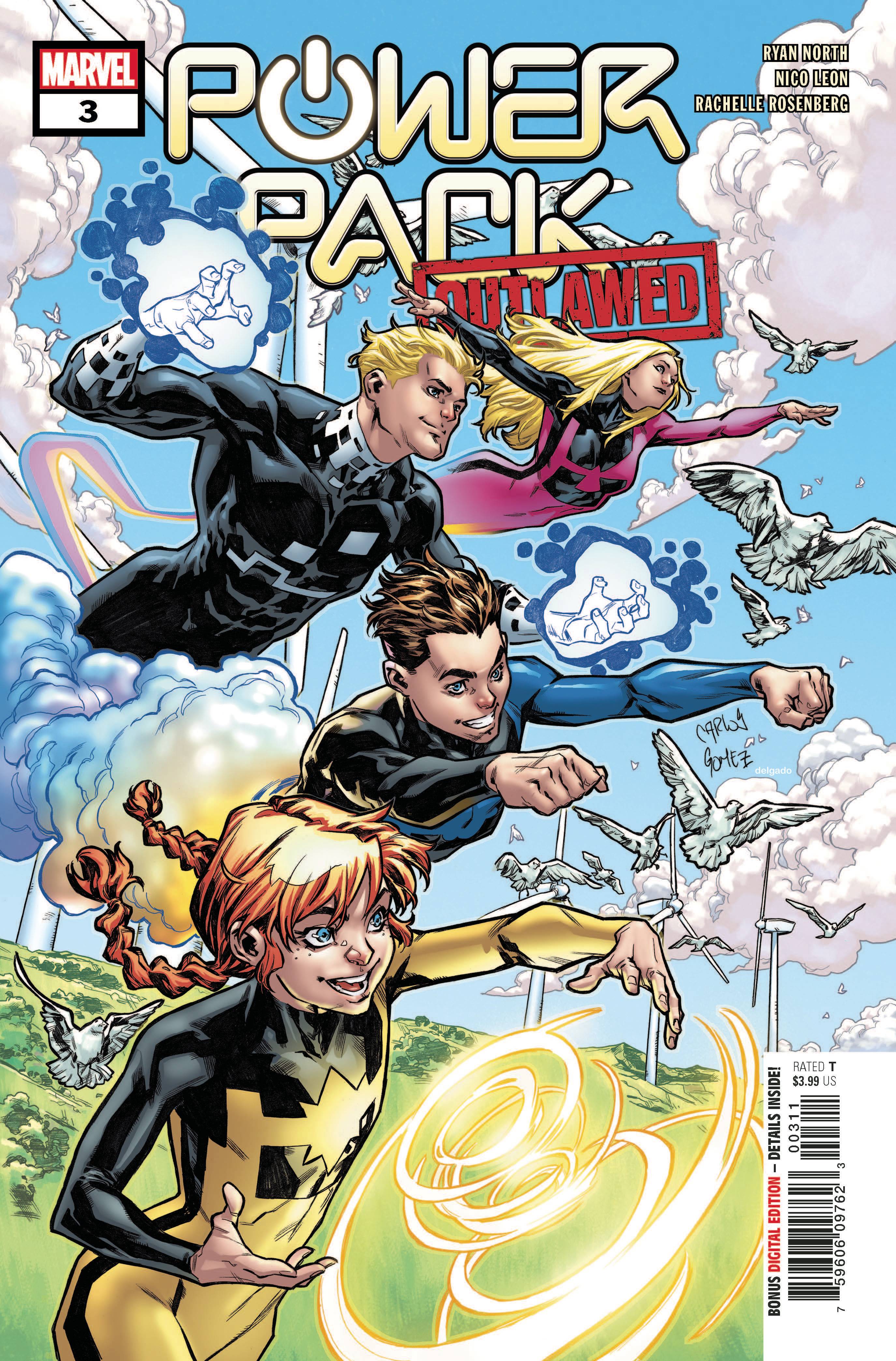 #
APR200957
(W) Ryan North (A) Nico Leon (CA) Carlos E. Gomez
• The Power Pack is in over their heads (metaphorically) as their powers are (literally) about to start misbehaving and shutting down!
•  Only they don't know that yet, which is what's known to STUFFY OLD LITERATURE PROFESSORS as "dramatic irony" and known to everyone else as "oh dang, that's some exciting and suspenseful comic soliciting!" Sophocles used it! Shakespeare used it! Now it is our turn to experience dramatic irony.
•  As if that weren't enough, the Power Pack faces ANOTHER threat they never saw coming, delivered to them by special guest...TASKMASTER!
•  Honestly, given how badly things are going, it really seems that one or more of the Power Pack should die in this issue. DO THEY?
•  Heck, you'll have to buy this (Julie-narrated!) issue to find out!