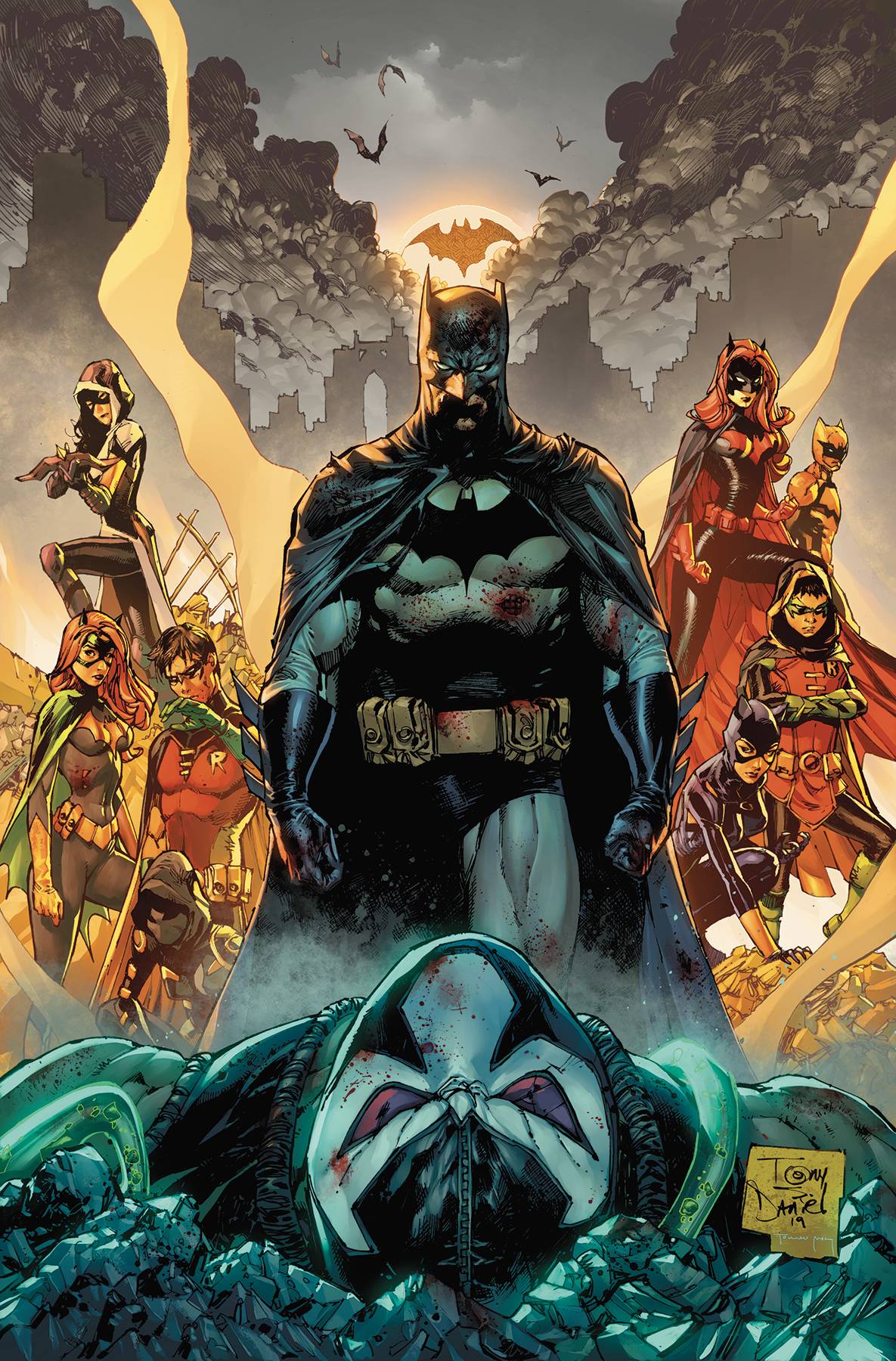 #
APR200653
The epic finale of Tom King's Batman run! The bad guys thought they had it made with Bane in control, but with Batman back in Gotham City they'll be reminded what justice feels like...and how it hurts when it hits you in the face. With Catwoman at his side, the Caped Crusader is looking to take down Bane's army and reclaim his city. But is the Dark Knight Detective ready to take on the foe who broke him worse than any other that came before? And what else stands in Batman's way, to put an obstacle between him and his enemy? Batman and his allies have a choice: let Bane stay in power and guarantee the city's survival, or risk everything to break free! Collects Batman #80-85 and  Annual #4.
In Shops: Jul 08, 2020
SRP: $24.99
View All Items In This Series
ORDER SUBSCRIBE WISH LIST