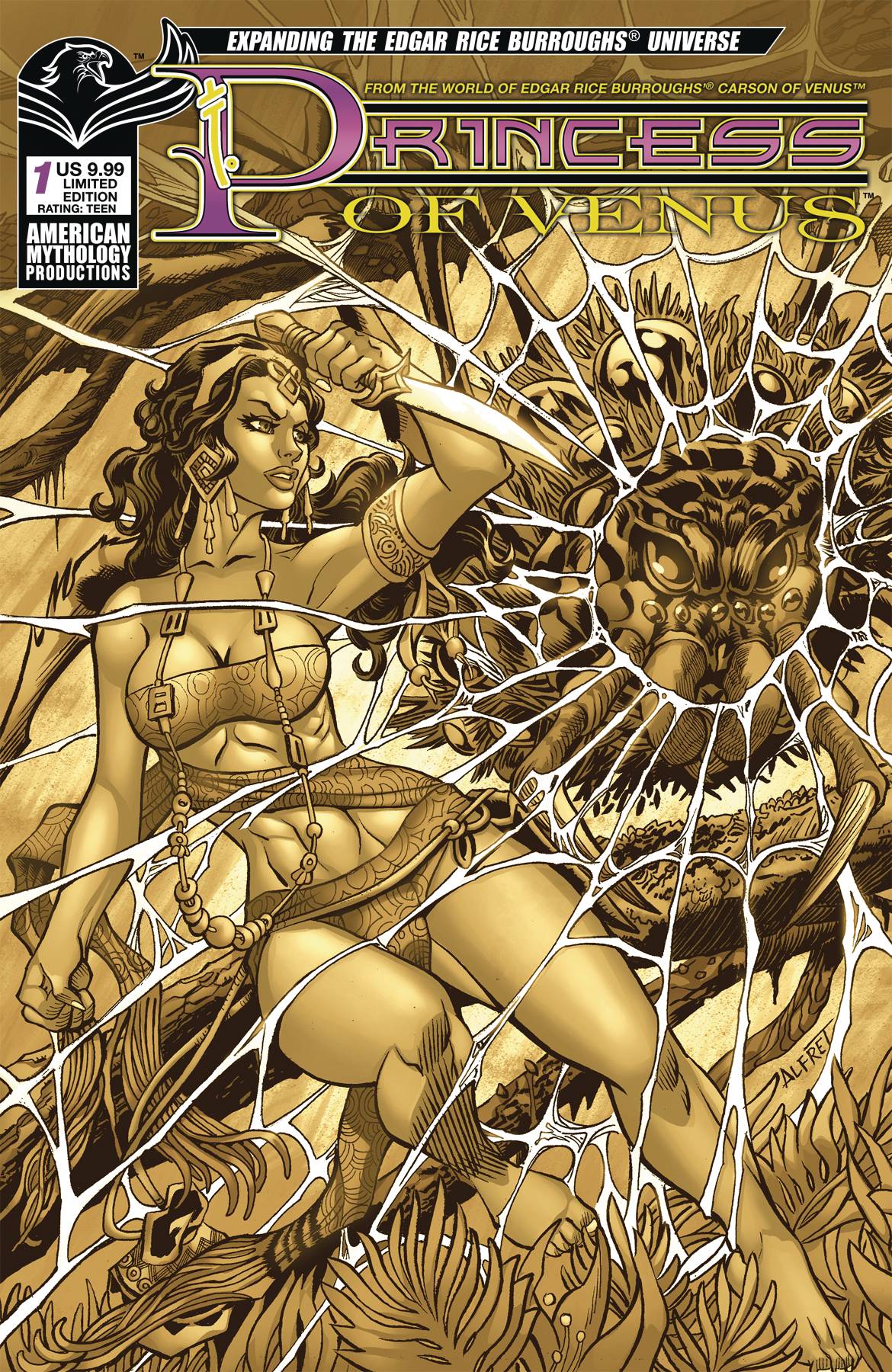 #
APR191357
(W) Pat Shand (A/CA) Alfret Le
At last, Duare, the Princess of Venus gets her own comic book origin story! The mysterious princess has prover herself a capable fighter alongside Carson Napier in the Edgar Rice Burroughs Universe, but how she obtained her fighting prowess has been a mystery... Until now! Before a strange Earthman named Carson crashed upon Amtor, a swashbuckling princess was forged, evolving from coddled royalty into a fiery fighter. Princess of Venus is available with three covers - Main Cover by interior artist Alfret Le, Venus Rising Cvr by Mike Wolfer, and Limited Edition 1/350 Pulp cover also by Le!
In Shops: Jun 26, 2019
SRP: $9.99
View All Items In This Series