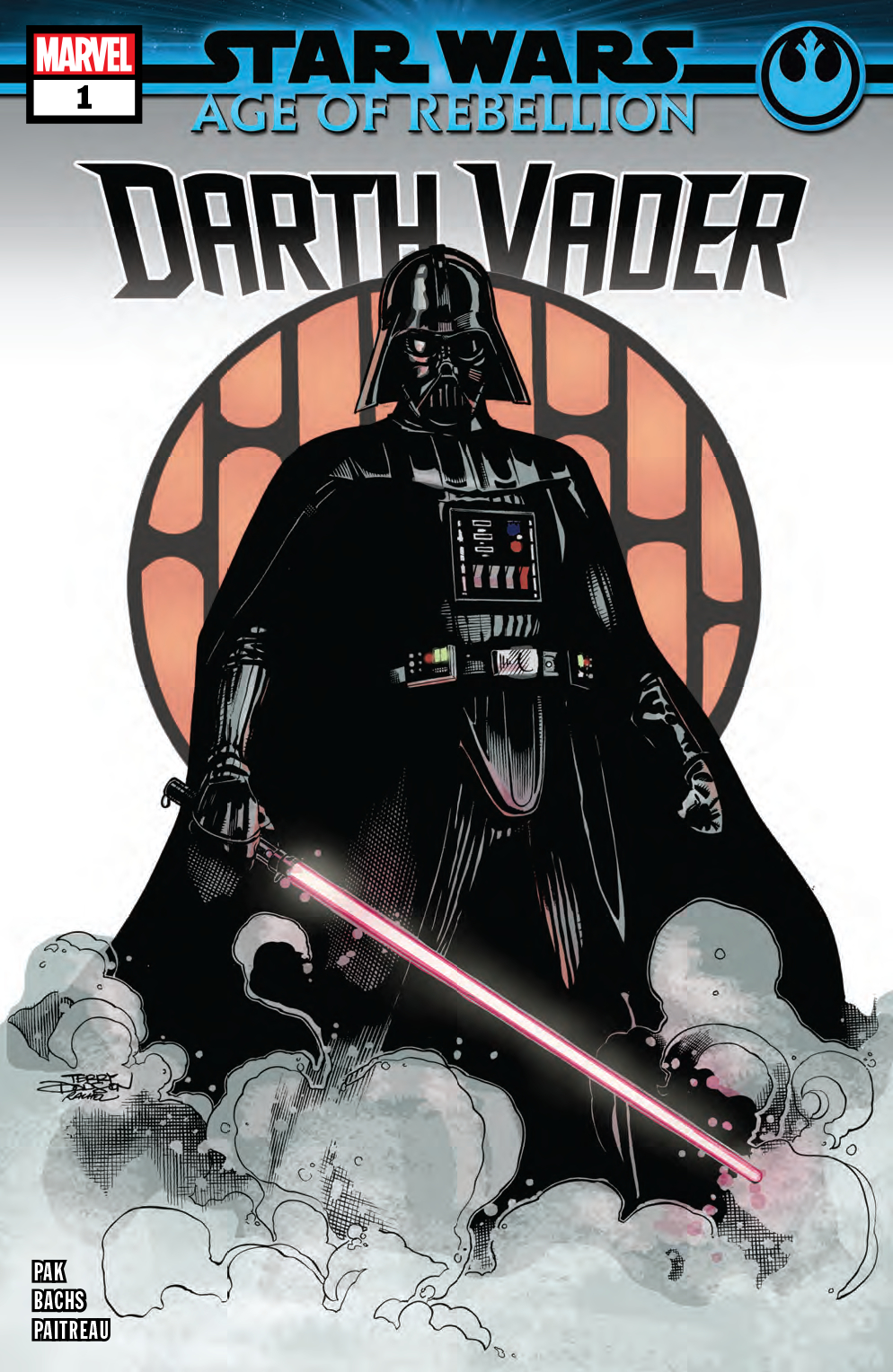 APR190918
(W) Greg Pak (A) Ramon Bachs (CA) Terry Dodson, Rachel Dodson
YOUR HUMBLE SERVANT VADER!
•  DARTH VADER may be the most feared man in the galaxy. But to the proud Grand Moffs of THE EMPIRE, he's just the Emperor's apprentice - below them in the hierarchy.
•  But what fury burns in the heart of a SITH with such overwhelming rage when a mere Moff dares command him?
•  And at what point does Darth Vader show them his true power?
Rated T
In Shops: Jun 26, 2019
SRP: $3.99