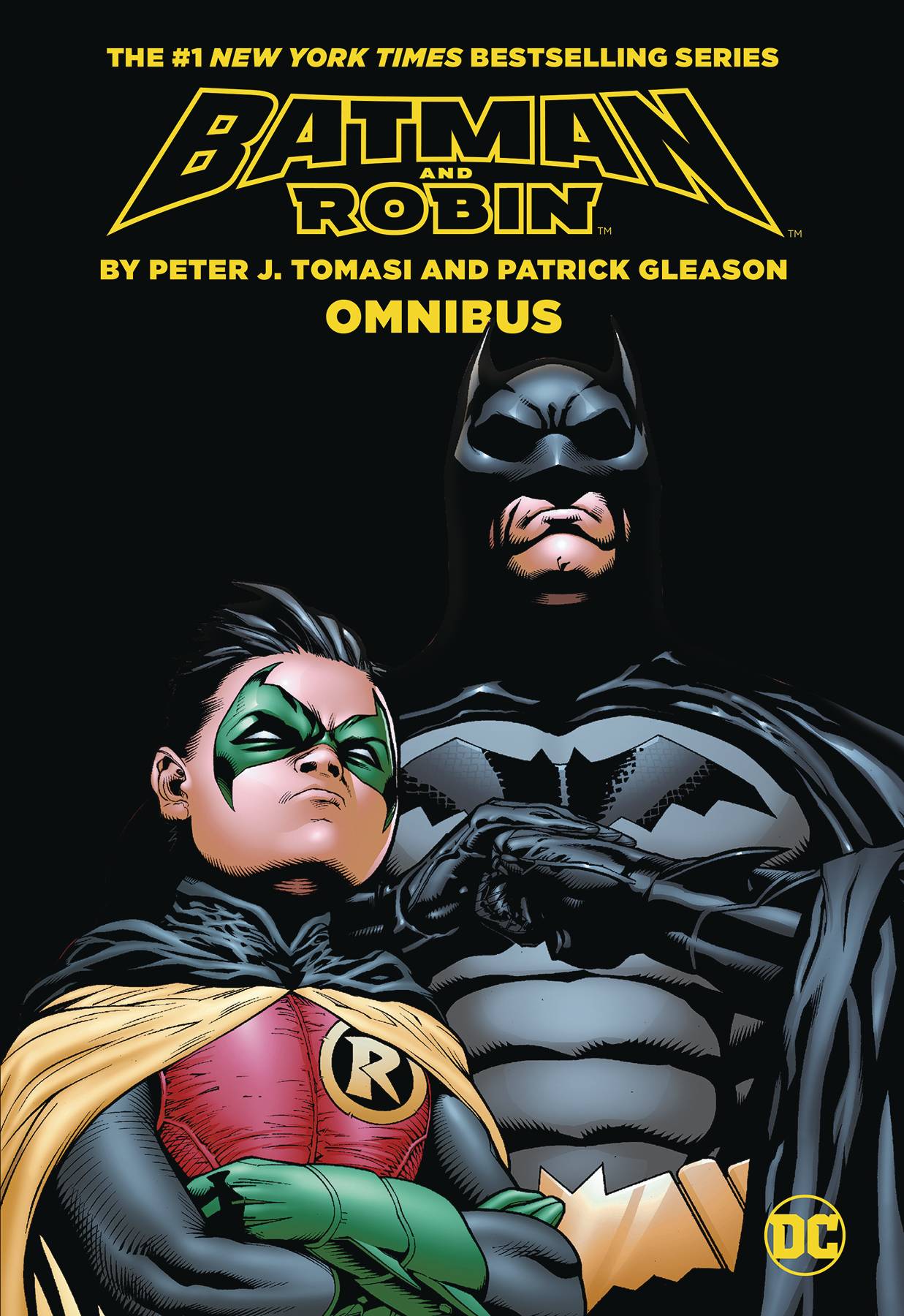 #
APR190530
(W) Peter J. Tomasi (A) Mick Gray, Others (CA) Mark Irwin (A/CA) Patrick Gleason
Teaming Batman with his son Damian, a.k.a. Robin, writer Peter J. Tomasi and artist Patrick Gleason's run on BATMAN and ROBIN was one of the standout titles in the New 52. Mixing dark themes from Damian's childhood with the League of Assassins and touching stories of a father and son, this creative team invented some of the greatest Batman and Robin stories ever told! Collects BATMAN & ROBIN #20-22, BATMAN & ROBIN #0-40 from the New 52 series, BATMAN & ROBIN ANNUAL #1-3, ROBIN RISES: OMEGA #1, ROBIN RISES: ALPHA #1 and a story from SECRET ORIGINS #4.
In Shops: Nov 27, 2019
SRP: $125.00
ORDER WISH LIST