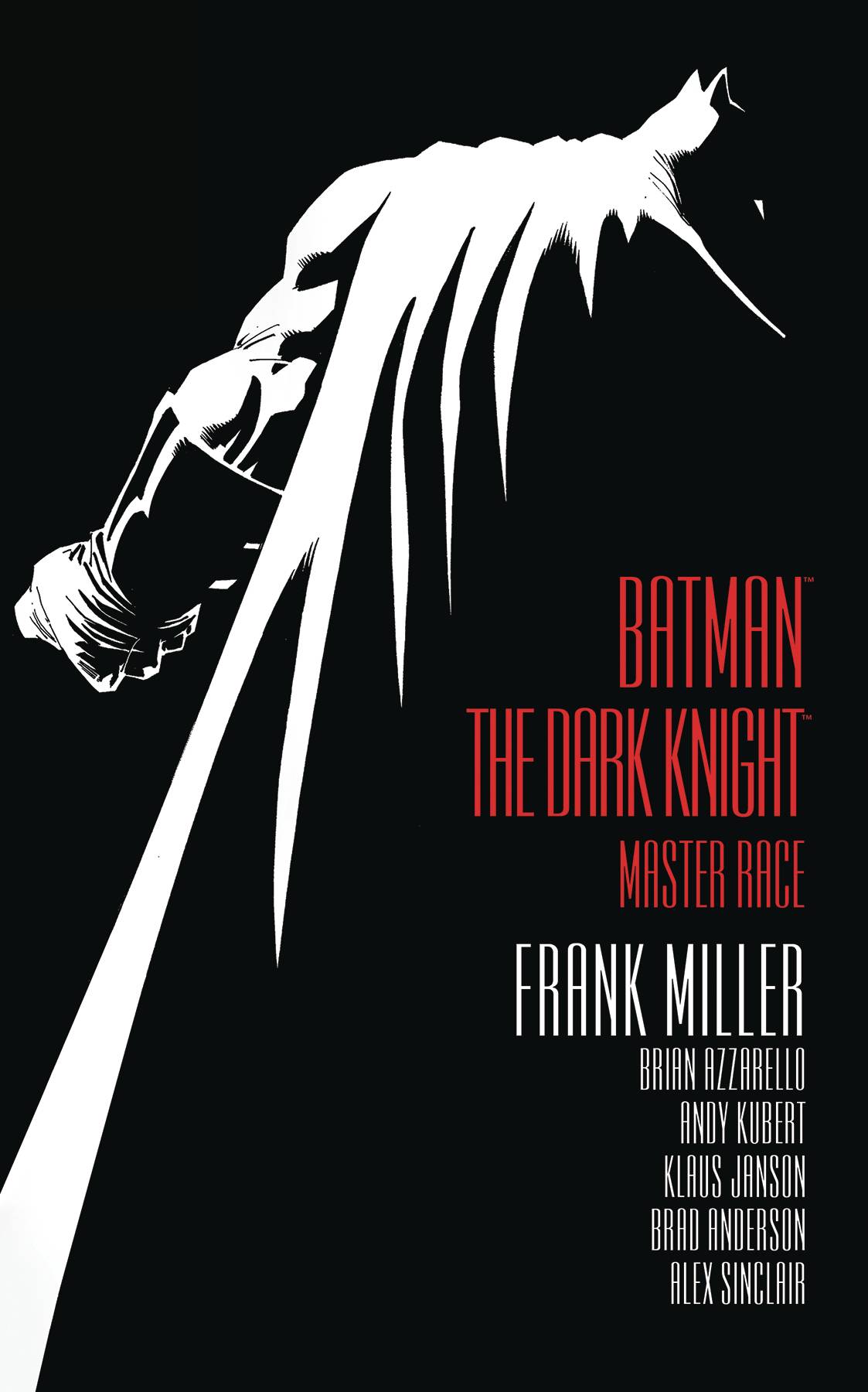 #
APR190525
(W) Frank Miller, Brian Azzarello (A) Klaus Janson, Frank Miller, John Romita, Eduardo Risso, Peter Steigerwald (A/CA) Andy Kubert
One of the most highly anticipated sequels of all time is collected in a new Absolute edition! In a world gone awry, left in the aftermath of the toppling of Lex Luthor and the apparent death of Batman himself, who will save Gotham City and the rest of the planet from the mysterious Master Race? This Absolute edition includes the entire nine-issue series with each issue's minicomic presented at the same size.
Includes DARK KNIGHT III: THE MASTER RACE #1-9, including the insert comics reproduced at the same size as the main comics, plus THE DARK KNIGHT RETURNS: THE LAST CRUSADE #1.
In Shops: Dec 04, 2019
SRP: $125.00
ORDER WISH LIST