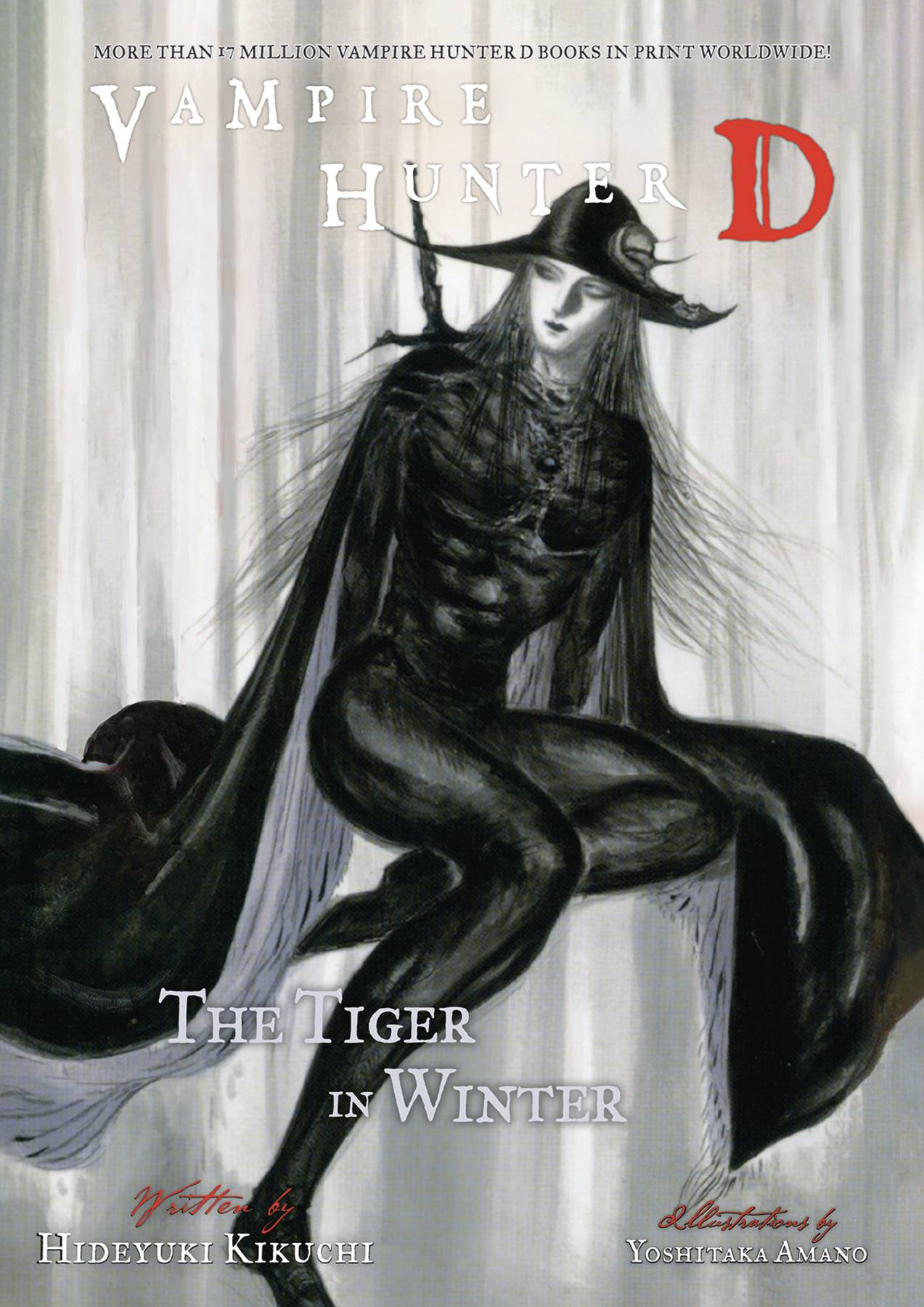 #
APR190332
(W) Hideyuki Kikuchi (A/CA) Yoshitaka Amano
D is a vampire hunter-and he's just been paid ten times his asking price to do exactly that: an assignment to destroy Duke Van Doren, administrator of the northern Frontier. Among the complications is that no less than three other groups, each with their own agenda, are headed for the Duke themselves . . . and D's supposed to hang back from striking until his target has eliminated all three! The question is, will the Duke oblige the terms of the contract-or does he actually want to be destroyed?
In Shops: Aug 28, 2019
SRP: $11.99
View All Items In This Series